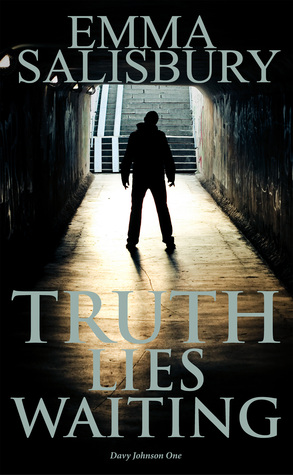 Imagine you’ve just witnessed a murder.
And you’re now being framed for it.
Only the person framing you is a cop…

Davy Johnson is a young man from the wrong side of the tracks with a target on his back. After a spell in prison he is trying to make a life for himself but one cop won’t leave him alone, following him around and carting him off to the station just for the fun of it. The harassment turns sinister when Davy witnesses his nemesis overstep the mark with a local junkie – and makes the mistake of telling him he’s been seen. What happens next sees Davy framed for a string of murders with no one to help him but the gang leader he turned his back on when he got out of jail – but what will he want in return?

With the help of an ex con and a local cabbie Davy goes on the run to prove his innocence but as the body count rises he discovers a connection between what’s happening now and a tragedy involving his father many years before.

Will he be able to work out the truth from the lie in time to save the killer’s next victim?

Scottish crime fiction with a sting in the tail…

3.5 stars from me: Tough gritty Scottish crime thriller.
Davey Johnson has been released from prison and is determined to make a new start in his life, only one problem there seems to be someone determined to make his life misery, local police officer – McIntryre and this campaign against him heightens until Davey is forced to go on the run as he is framed for murder.

I liked the Davey’s character, there is a real sense that underneath the wee toerag there is a decent person trying his hardest to get out, he’s had a tough upbringing – his dad disappeared when he was younger, his mum’s on the game and his “aunt” Jude is brutally murdered in front of him. Throughout the book he is determined to put some wrongs right and in doing so he uncovers a multitude of past events which have led him to where he now finds himself.
McIntyre the police officer is a nasty piece of work and so it is easy to find yourself defending Davey to the hilt.
I did find some of the scenarios slightly far fetched – but I am always willing to forgive – it’s fiction for goodness sake – I’m happy for writers to stretch the boundaries in the quest to give me a story. A niggle for me (and completely trivial and not related to the story at all was the names of 2 of the characters – Candy Staton and Les Mahago (Lesmahagow is a small town in Scotland)(and I’m dying to know if these were deliberate from the author) – I found myself unable to take these 2 characters seriously because of their names 😉 – but as I say this is nothing to do with the actual storyline.
It’s a fast paced book with plenty of detail and action – as a reader I was kept interested throughout as I tried to work out what the outcome was going to be; some good Scottish humour – Scottish crime always works well with a wee bit of gallows humour and this one done it for me!
I’d give this a strong 3.5 stars and will definitely be tempted to read the second in the Davey Johnson series. Thanks to Emma for the review copy in return for an honest review.

The book is currently available to buy from Amazon at £2.99 for the kindle edition