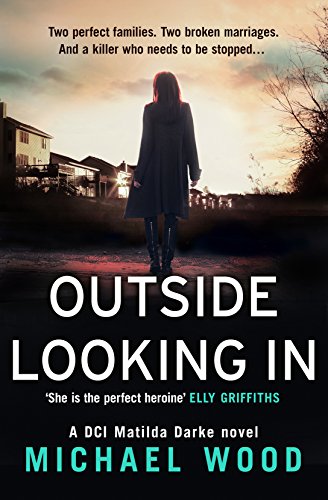 When elderly George Rainsford goes to investigate a suspicious noise one night, the last thing he expects to find is a bloodbath. A man has been killed and a woman brutally beaten, left for dead.

The victims are Lois Craven and Kevin Hardaker – both married, but not to each other. Their spouses swear they knew nothing of the affair and, besides, they both have alibis for the attack. With nothing else to link the victims, the investigation hits a dead end.

The pressure is on for investigating officer, DCI Matilda Darke: there’s a violent killer on the loose, and it looks like her team members are the new targets. With no leads and no suspects, it’s going to take all Matilda’s wits to catch him, before he strikes again.

This is only Michael’s 2nd book in the series and God what a series it is shaping up to be! I loved For Reasons Unknown, the first in the DCI Matilda Drake series and this book did not disappoint me one little bit!
As a DCI Matilda is an emotional wreck, she is everything that you imagine a DCI should not be – grieving over her dead husband, emotionally attached to an unsolved case which she carries about a huge guilt complex, a recovering alcoholic and at the same time impetuous and headstrong! Despite her vulnerability she has an inner strength which she draws upon in this book – we kick off with a horrific attack on a couple in a car in a secluded lane accompanied by a series of aggravated burglaries in the area –  Yorkshire Police force find themselves under attack from the press with a particular focus on Matilda – someone seems to be out to destroy her career – will she be able to carry on? Is there a link between the two sets of crimes? Can Matilda put her demons behind her to stop a killer in his tracks?
This book has everything a crime fiction lover is looking for – brilliant characterisation – we have strength in a team under attack, vulnerability, tragedy and humour; superb setting – extremely topical area to be in given recent coverage of the Rotherham abuse scandal and fantastic plotting – just how many twists and turns do you think my mind can take Michael Wood! And how twisted those twists and turns were…had me gasping with shock at times…my jaw is still a little slack from hitting the ground!
This book drew me in right from the very beginning and it was a chore to have to put it down and get on with real life!
I’d recommend reading For Reasons Unknown first of all as there are a couple of references in there that will make sense if you have read it first.
Roll on number 3 in the series please!
Meanwhile if you want to buy the book then pop over to Amazon and get it here!
Outside Looking In – Amazon UK

One thought on “Outside Looking In – Michael Wood – 4.5 stars”