I first came across Owen in my early days as a blogger when he contacted me asking me to review his 2nd novel, Old Friends and New Enemies and I’m so glad of that contact as I am just loving the P.I Charlie Cameron series (watch out for the relaunch of the first book, Games People Play, early 2017).

A huge thank you to Owen for agreeing to take part in this special week for me (hopefully it won’t prevent him from getting Book 3 down on paper anytime soon #ImNotNagging) Owen is going to give us an overview on what makes Scotland a perfect backdrop for murder.

But first a wee bit about the man himself! 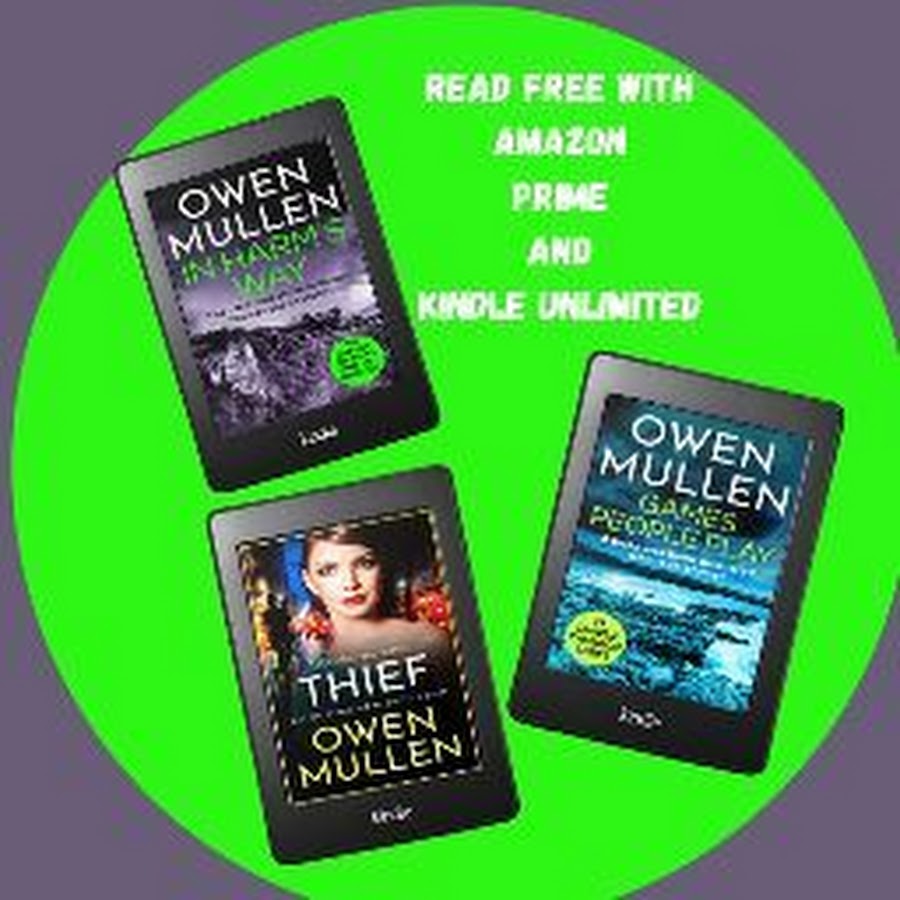 School was a waste of time for me. Or rather, I wasted time; my own and every teacher’s who tried to get me to work. It took twenty years to appreciate what they were telling me. Life has rules. They aren’t written down but they exist nevertheless. I got that. Eventually. But by then I was thirty-five.
Along the way I missed an important clue. At ten I won a national primary schools short story competition – and didn’t write anything else for forty years.

After many adventures I started my own marketing and design business and did alright. Christine and I were very happy, we travelled all over the place; India, Brazil, Botswana, Nepal, Borneo, Japan. One day I suggested we move. To the Greek islands. So we did. We bought land and built a beautiful villa overlooking the Mediterranean. Then the pan global financial crash happened, years of fiscal carelessness finally caught up with Greece; the exchange rate dived and the cost of living in Paradise went through the roof.
I had to do something. Then I remembered the short story competition. I had been good at writing, hadn’t I?
I wrote another short story called The King Is Dead…the first thing I’d written since primary school.
And now, eight years and seven books later, three literary agents plus two I turned down [they were reading a different book] I am a writer. My books are on Amazon. People buy them and come back for more.

So is the moral: follow my example, find something you’re good at and stick with it. Hardly. I didn’t, did I? Do it your own way; it’s your life.

Scotland – the perfect backdrop for murder…

What makes Scotland the perfect backdrop for murder is a good question but it undoubtedly does for a number of reasons, beginning with the country’s violent history, burned into present-day imagination by movies like Braveheart and TV series like Outlander [given the amount of sex, it should be called, Fifty Shades of Tartan].

The country is known for wild and dramatic scenery wonderfully complimented by unpredictable and moody weather. Then you meet the people: generous and quirky, often flinty and darkly humorous. Fabulous raw material for grateful crime writers. And in a place where a monster lives in a loch, it’s no surprise to discover other monsters exist.

Edinburgh is considered the cultural heart of the country: picture perfect with the castle on the hill and a favourite with tourists. In novel after novel, Ian Rankin has skillfully exposed the sinister underbelly of the capital they hopefully never get to see.

Over in the west, few books are more associated with Glasgow than No Mean City – the story of Johnnie Stark, ‘Razor King’. The pre-war gangland violence in the city’s slum underworld shocked me when I first read it and probably still would. The Gorbals portrayed is no longer standing though the Stark legacy is alive and well, and when it appears on the page it’s called Tartan Noir.

While the world Johnnie Stark prowled is long gone, Glasgow’s reputation lives on. It is the most dangerous city in the UK with historically, the highest number of street gangs anywhere in Britain: six times more than London with a much greater population. In my youth I’d see graffiti marking territory scrawled on walls and sometimes heard the chilling cry ‘Tongs, ya bas!’ which had me heading for the hills. Over the years it has attracted a strange kind of fame: a Glasgow smile – a wound caused by making a cut from the victim’s mouth to the ears – is well-known. Even better known is the tongue-in-cheek reference to a head-butt: a Glasgow kiss. Isolated incidents? Try going to a Celtic/Rangers game if you need convincing.

When a storyteller begins to weave the tale, this backdrop is already in place in the mind of the reader, whether they are aware of it or not and sometimes myth is more enduring than fact. In the 1935 film, The 39 Steps, the Flying Scotsman stops in the middle of the Forth Rail Bridge and man-on-the-run hero, Richard Hannay, avoids the police chasing him by making a daredevil escape. When the film was re-shot in 1978, they kept that exciting sequence in. For most of my life, I believed it was part of John Buchan’s original story, published in 1915; it isn’t. But the power of the image was such that it stayed with me and, in my first book, Games People Play, that’s what I was thinking about when I wrote the finale at Edinburgh Castle: another icon.

Scotland’s bloody past, ancient and recent, natural beauty to die for – literally – along with the singular character of those who live there, furnish the ingredients that have given us a burgeoning literary tradition: Laidlaw, Rebus, Taggart and the rest.

This rich material is available to me and, without realising, I am up to my elbows in it; both obsessed and inspired. Even before a single crimson word lands on the page, I’m in the zone. Can’t help it; it’s part of being a Scot. Only yesterday, I heard myself whisper to my wife, Christine, that I could murder a curry.

But will I get away with it?

Hold up. I feel a story coming on.

Wow! Owen that took my breath away! My beloved Scotland certainly has a dark and dangerous history which remains in the minds of many – what a perfect piece on why Scotland provides writers with that perfect backdrop!

And after reading and  reviewing 2 of Owen’s books I can only suggest that you get out there and read them, you will not be disappointed!

My review of Old Friends and New Enemies can be found here:

To buy Owen’s books then why don’t you visit Amazon by clicking my link below!