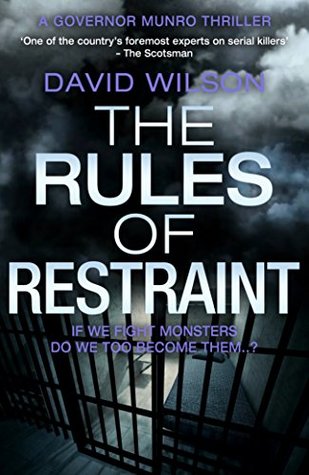 If we fight monsters, do we too become monsters…?

Donald Munro has something of a problem on his hands.

Just three months after taking over as governor of Greenbank – a unique therapeutic community prison, holding some of Britain’s most dangerous and notorious killers – the place is descending into chaos.

An escape, then a suicide, followed by a string of murders in the prison has left in its wake fear and confusion among staff and prisoners alike.

Dr Kate Crowther, the prison’s principal psychologist is called on – despite Munro’s initial cynicism – to shed some light on the case and create a profile of the killer.

In the meantime, Detective Inspector Nick Knight is brought in to work with her on his investigation.

The escapee, Bobby Lomas, dubbed ‘Varsity Blue’ for his string of killing young female students is considered to be at the heart of the case and Dr Crowther’s close relationship with him has not gone unnoticed.

As the death toll rises, Munro becomes increasingly anxious about Lomas’ whereabouts. His daughter has just started university and he hasn’t heard from her in days…

The plot follows a series of incidents, both in and out with Greenbank therapeutic Prison, that threaten to bring chaos to the regime and fear to all those involved. Right from the beginning we are introduced to a series of characters and sub plots within the book that both grab your attention and completely screw with your mind! Seriously at some points I found myself wondering if the pages were impregnated with some hallucinogenics such was the effect! But I mean this in a good way as each of the plots connected and worked well together as well as referring to real life cases which made the reading experience even more convincing and true to life.

The Rules of Restraint dragged me hurtling at 100 mph through the chapters in my eagerness to work out what was going on; each scene playing out fast enough to keep my interest but not that fast that I lost the plot! There were so many twists and turns my head was spinning – but it made me feel like I was caught up in the whole storyline, the investigation and what was going on – sometimes this can cause confusion but there was something about this novel that engaged me from start to finish and I felt that I was at the same stage as the investigators all the way through – discovering as they discovered!

There were a number of key characters and at times I got a little confused as to who the narrator was in each scene but once I got my head around this then it worked well, I think the author done a fabulous job of getting inside the head of each of the characters and taking the reader right in there alongside him.

The Rules of Restraint is very much an exploration of the debate around the role of prison as a punishment – therapeutic approach V punitive approach; a whydunnit not a whodunnit. The hierarchy of crimes within the prison population and the desire for retribution against those at the bottom of the ladder were all intelligently explored throughout this book.

I finished this book and had to start breathing again when I got to the last page, it took me a bit longer to read as I’ve been busy this week and that normally puts me off a book as I like to read over one or two days – but as I said before this book just had something that grabbed me and drew me in; it engaged me; it ticked all my boxes and I am hoping that there is another one coming out featuring Knight and Dr Crowther! It tantalised my taste buds and I am hungry for more!

Written by one of the country’s leading experts in serial killers I definitely had high hopes when I picked up this book! I was not disappointed in the slightest! David Wilson is Professor of Criminology and founding Director of the Centre for Applied Criminology at Birmingham City University and this was evident in reading the novel!

The Rules of Restraint

3 thoughts on “The Rules of Restraint – David Wilson”