Well it isn’t often that my sister invites me along to a book event so I snapped up the chance of attending Jon Ronson’s “Psychopath Night” at The Old Fruitmarket in Glasgow’s Candleriggs earlier this week! (She may not invite me back because I took a notebook with me and took notes! #IAmNotAnNerd 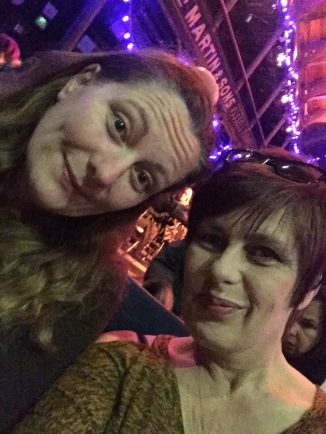 First of all, what a fabulous venue, built in the 1800’s within the City Halls and originally home to market stalls and now used as live music and events venues, it has retained the market hall aesthetics of the Victorian era. 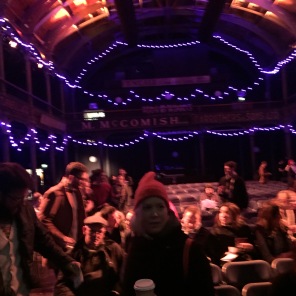 Jon came onstage in the most unassuming manner and he was not at all what I had been expecting. I think I was expecting a larger than life, in your face, alpha male….but on came the mild-mannered and quietly hilarious and super intelligent Jon Ronson and he and his guests had me eating out of his hands within minutes! What a colourful life he has led from in depth work with scientologisits, the Klu Klux Klan to his strange relationship with Alex Jones, leading US conspiracy theorist and buddy to Donald Trump! From corporate psychopathy to what he terms as a desire to define and label those we dislike as psychopaths, to society’s increasing desire to medicalise normal reactions to situations as mental illness with 1000 pages now devoted to labelling compared to 100 pages in 1952 when it was first published!

Ron had two fantastic guests on stage with him – Mary Turner Thomson – author of #TheBigamist and survivor of serial bigamist, fraudster, paedophile and psychopath, Will Jordan who conned her out of £200, 000 and had been doing this to women across the world for over 27 years!

His second guest was , Dr. Eleanor Longden – To all appearances, Eleanor  was just like every other student, heading to college full of promise. That was until the voices in her head started talking. Initially innocuous, these internal narrators became increasingly antagonistic and dictatorial. Diagnosed with schizophrenia, hospitalized, drugged, she was discarded by a system that didn’t know how to help her. She inspired the audience with her journey back to health and success and earned a masters in psychology to demonstrate her experiences were a sane reaction to insane circumstances. She gave an inspiring and thought-provoking talk on her experiences and some of her work can be found on #Ted.Com – I’d highly recommend having a look! 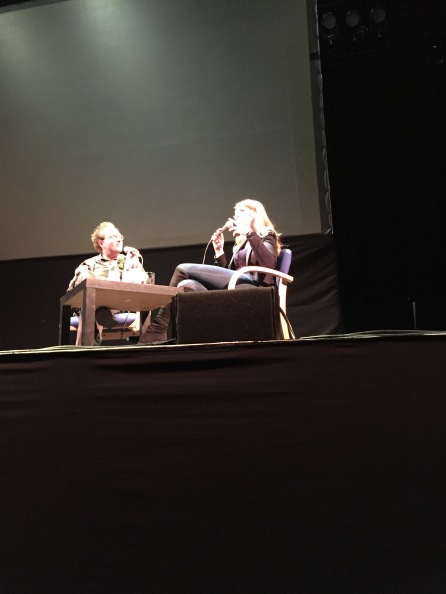 So thanks to my sis for a fabby #booknight out! And for putting up with me being a nerd taking my notebook for notes and taking pics!