A massive shout of thanks to Kim Nash of #Bookouture for giving me the opportunity to be on this #blogtour for Robert Bryndza’s #LastBreath and huge thanks to my #Twinnie Noelle over at #Crimebookjunkie for suggesting me! It certainly was no hardship at all to agree to take part – I’ve devoured each of Robert’s books in the #ErikaFoster series and I was just champing at the bit to get involved in this! 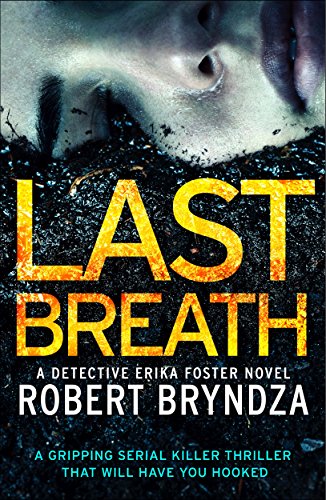 He’s your perfect date. You’re his next victim.

When the tortured body of a young woman is found in a dumpster, her eyes swollen shut and her clothes soaked with blood, Detective Erika Foster is one of the first at the crime scene. The trouble is, this time, it’s not her case.

While she fights to secure her place on the investigation team, Erika can’t help but get involved and quickly finds a link to the unsolved murder of a woman four months earlier. Dumped in a similar location, both women have identical wounds – a fatal incision to their femoral artery.

Stalking his victims online, the killer is preying on young pretty women using a fake identity. How will Erika catch a murderer who doesn’t seem to exist?

Then another girl is abducted while waiting for a date. Erika and her team must get to her before she becomes another dead victim, and, come face to face with a terrifyingly sadistic individual.

Well book number 4 in the Erika Foster series and dare I say it, this series just gets better and better, each one I have read, I think WOW, that was the best one yet and here I am having finished #LastBreath and yep it’s WOW that one was the BEST yet!

Erika Foster is struggling in her new desk job, she has a yearning to be solving murders and bringing the perpetrators to justice; she is a crime fighter and heart and is determined to win her place back onto the Murder Investigation team.  She manages to be first at the crime scene of a young woman, brutally murdered and left in a dumpster; Erika quickly finds a link to a similar case that occurred over 4 months ago – she is like a terrier and she sinks her teeth in until she is given her place on the team. The race is on to catch a brutal killer who stalks his victims online – will Erika hunt this one down or will she be too late?

#LastBreath is fast paced and a compelling read; it sucks you in and spits you out a mangled mess at the end! It has all the #KillerHooks I am looking for in a read – characters that engage me; a plot that entices while evoking a fear and a pace that escalates all the way until the very last page!

Erika Foster is one of my all time favourite female detectives; she is nobody’s fool and she’s not afraid to speak her mind (which never really endears her to her superiors) But peel back that ballsy layer and there is a warm and caring heart there; a bag of mixed emotions and a real passion for her job; Robert has created a character that the readers want to get to know better – they want to invest in getting to know her and we are all clamouring for the next in the series!

Her relationship with Peterson is developing and I love the way it is going, you just want things to work out for them both but at the same time you just know that life isn’t going to be easy!

#LastBreath is very much an exploration of the dark side of social media; the inherent risks of living your life so publicly and how none of us really know who lies behind the screen of our laptops and smartphones.

I honestly could have read this book in one sitting if life hadn’t got in my way. Right from the very start, I was absolutely hooked! Eugh I can see the killers face in my head even as I type this, his little piggy eyes boring into me, this book wormed its way under my skin and made it crawl with its evilness! If you like Angela Marson’s and Sarah Hilary then you are going to LOVE this series! Buy it now! Seriously, I mean it, go buy them all and read them NOW!

To buy the book then head on over to Amazon and get clicking! 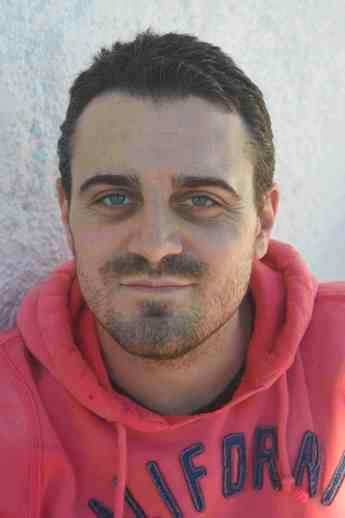 Robert Bryndza is the author of the international #1 bestseller The Girl in the Ice. The Wall Street Journal and USA Today bestseller is the first book in the Detective Erika Foster series.

The Night Stalker, and Dark Water are the second and third books in the series, and you can now pre-order the fourth, Last Breath which will be published on April 12th, 2017.

Robert’s books have sold over 1.7 million copies and have been translated into 26 languages.

In addition to writing crime fiction, Robert has published a bestselling series of romantic comedy novels. He is British and lives in Slovakia.

You can find out more about the author at www.robertbryndza.com and on Twitter @RobertBryndza