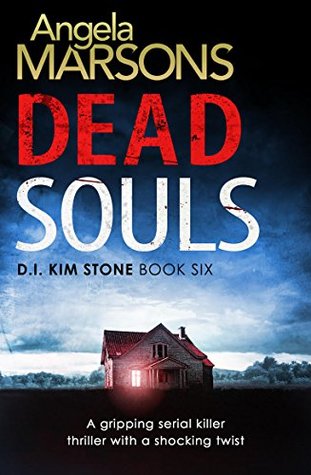 The truth was dead and buried…until now.
When a collection of human bones is unearthed during a routine archaeological dig, a Black Country field suddenly becomes a complex crime scene for Detective Kim Stone.

As the bones are sorted, it becomes clear that the grave contains more than one victim. The bodies hint at unimaginable horror, bearing the markings of bullet holes and animal traps.

Forced to work alongside Detective Travis, with whom she shares a troubled past, Kim begins to uncover a dark secretive relationship between the families who own the land in which the bodies were found.

But while Kim is immersed in one of the most complicated investigations she’s ever led, her team are caught up in a spate of sickening hate crimes. Kim is close to revealing the truth behind the murders, yet soon finds one of her own is in jeopardy – and the clock is ticking. Can she solve the case and save them from grave danger – before it’s too late?

You know when you pick up a new book by one of your favourite authors and you just get that wee warm glow inside of you because you know for a fact that you are going to love it…yeah? Well that’s exactly the feeling I got when I started to read the new Kim Stone novel by Angela Marsons – #DeadSouls

Once again Angela has pulled the rabbit out of the hat and produced what I think must be the best in the series yet! Tackling one of the most appalling issues that plagues society today, hate crime, Angela takes the reader on a spine chilling journey through an investigation that sees her separated from her team and one of her officers placed in grave danger as she races to bring the perpetrators to justice.

Kim Stone is one of the most feisty, gutsy and ballsy female detectives out there in the world of crime fiction and every time I read one of Angela’s books I find myself warming more and more to her. This time we see her paired up with Detective Travis, a pairing that she had fought against happening. From an intense dislike of one another we see their relationship develop as their troubled past is uncovered and the truth behind their fall out is revealed. I really enjoyed this development in the story, it allowed us to see how Kim functions without her closest team members and indeed how they function without her!

#DeadSouls effectively tackles one of the modern-day crimes – that of hate crime and explores the use of the internet as a means for individuals to become involved at so many different levels. It isn’t nice and it isn’t pretty but it is a true reflection and indeed a challenge to the stereotypical view that many hold of what a bigot actually looks like!

Dead Souls left my head in a spin; it was a dark read and unearthed some of the most unpleasant characters ever. Their actions are going to leave you reeling but it is a read you just don’t want to miss!

To buy the book then click the link below: