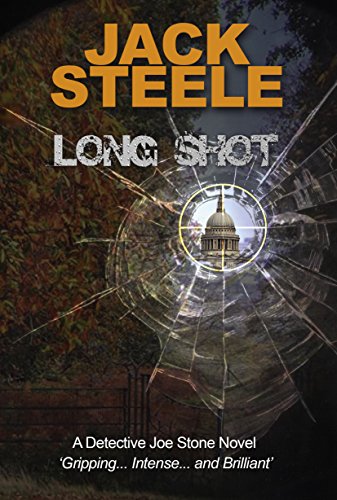 A huge thank you to Jack for inviting me onto the #BlogTour for #LongShot, the second in the Detective Joe Stone series. For my stop on today’s tour, I am delighted to bring you a guest post on writing a series versus a standalone from the author himself!

Detective Joe Stone and his team investigate a major terrorist attack on one of London’s most iconic buildings. They soon draw up a list of suspects who are highly respected members of the community and government. When most of his team is attacked, it soon develops into a war of nerves and a race against time before a deadly weapon is unleashed with horrific consequences.

Writing a series versus a stand-alone

‘A series allows us to extend our time in worlds we love with characters we love, and I think that’s really special’ words written by thriller author Joe Moore. He recognises that reading the next book in a series has characters which feel like ‘old friends’ and it is like ‘catching up on the latest news’.

In a series, there has to be an overall story arc and significant threads which are gradually resolved with each novel to keep the reader wanting more. The growth of the characters is also important and authors must take care in developing not merely the central character but also the supporting cast.

Best-selling author Autumn.M.Birt wrote on the subject ‘in a series each of the plot lines from the separate novels has another dimension beyond each individual book that weaves through so that the crisis in the final book has a much BIGGER punch than the ones that came before. More is at risk, the investment in characters is greater, and the final moment should bring a reader to his or her feet. Well, an author could hope. This isn’t to say a stand-alone novel, even one with a character that runs through several stand-alone novels, couldn’t have that level of impact.’

Another important consideration when writing a series is the back story. New readers who have picked up the second or third book in the series may need some form of introduction to the characters and setting but this has to be balanced with those readers who have read the first book onwards. Providing too much detail for the new reader could risk boring the dedicated series reader who has already grown to love the characters.

Most crime series feature a detective who we would like to know more about as the story progresses. I’ve spoken to authors who initially intended to write a stand-alone detective novel, only then to have readers demand a sequel because they either loved the detective involved or enjoyed the wickedness of the villain. This is not as straightforward as it sounds.

Stand-alone gives resolution at the end and allows the author to start afresh and experiment with new characters in a totally different direction. The reader can complete the novel and choose to read more from the same author knowing that their style of writing is worthy enough to try another.

In the end, it’s a matter of preference. I have read some interviews with authors who prefer to use a ‘formula’ whereby the main characters and the location appear in each novel but the plot changes in each and doesn’t rely on a previous book. This could counter the conundrum of back story and be seen as a stand-alone collection.

Personally, I enjoy adding more detail to each character as the series progresses. My first book, Loose Cannon, gradually brought in the characters with as little detail as possible to keep the story moving and avoid confusing the reader.  The second book, Long Shot, injects more substance to the characters while tackling a totally different investigation. Eventually, the series will come to an end, then I will have to decide what to write next, another series or a stand-alone novel?

My thanks to the authors who gave their permission and contributed to this post. 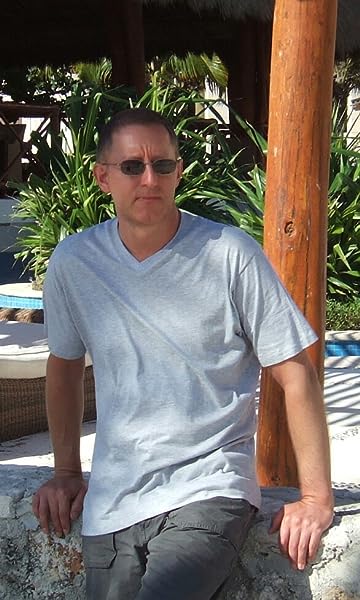 I live in Nottinghamshire but was born in Hackney, London and grew up on the Bannister House Housing Estate in Hommerton. I work full-time in the printing industry but with the help of a very understanding wife, I manage to find time to indulge in my favourite passions of reading and writing. It can be a balancing act trying to fit it all in but as I enjoy writing so much it doesn’t seem like too much of a trial.

It was a great achievement in 2016 when I published my first Crime Thriller novel ‘Loose Cannon’ with great reviews. It was the first in the Detective Joe Stone series and I was encouraged to write the sequel ‘Long Shot’ which is due for publication on July 29th, 2017.

My writing style is a fast-paced page turner with cliff hangers, moral dilemmas and believable characters.

I would like to thank all my readers, editors, bloggers and Crime book club friends who have been so supportive throughout this process. Their encouragement drives me on to write the next book in the series.

Here are the links to pre-order Long Shot:

Here are the links to purchase Loose Cannon:

The book is available for purchase below: