I am delighted to be taking part in, and indeed closing down, the Blog Tour for Mike Thomas’ #Unforgivable and thank you to Mike and Bonnierzaffre for the ARC and inviting me to take part! Let’s get the show on the road!

Bombs detonate in a busy souk, causing massive devastation.
An explosion rips apart a mosque, killing and injuring those inside.
But this isn’t the Middle East – this is Cardiff . . .

In a city where tensions are already running high, DC Will MacReady and his colleagues begin the desperate hunt for the attacker. If they knew the ‘why’, then surely they can find the ‘who’? But that isn’t so easy, and time is fast running out . . .

MacReady is still trying to prove himself after the horrific events of the previous year, which left his sergeant injured and his job in jeopardy, so he feels sidelined when he’s asked to investigate a vicious knife attack on a young woman.

But all is not as it seems with his new case, and soon MacReady must put everything on the line in order to do what is right.

#KillerHook Alert! What a killer hook of a start! With the description of the market in full flow – could almost hear, see and smell the riot of colours, tastes and vibrancy before #BANG it exploded into one of the most explosive starts ever! I can tell you it did not let up at all right until the very last page!

DC Will MacReady and the team are thrown into the midst of what appears to be racially motivated attacks in Cardiff City Centre. While Will wants to be in the thick of the investigation his superiors sideline him to investigate the attack on a young girl around the same time of the bombings. Tensions are running high across the force and it is soon clear that the team might be entering a race against time that they just do not have!

I was slightly hesitant to start when reading the book, I hadn’t read the first in the series and I definitely did miss out on a bit of the back story as to why MacReady was in disgrace and just how complex his personal life really was. However, enough information was given to ensure that I could still follow the plot and not feel like I was missing out.

MacReady has obviously been a bit of a naughty boy in the past and his personal relationships take the Facebook Status “It’s Complicated” to a whole new level. This meant that not only was MacReady investigating an attack which involved liaising with devastated parents: trying to get in on the action on the bombing investigation,  he was also caught smack bang in the middle of a massive relationship crisis and this whole tangled affair made for an intense reading experience! (and made me want to go and read the first in the series to find out even more!) As a reader, I could feel MacReady’s anguish as he worked alongside the family and how this invoked conflicting emotions in him in relation to his own family dynamics.

He is a bit of an enigma, is MacReady, there is something raw inside of him and his own turbulent background clearly plays a significant part in how he deals with things. His dad is in prison for murder and his brother is in court following domestic assault charges, I can just imagine the station tongues wagging at his colourful past!

It’s a harrowing novel which uncovers some of the most disturbing scenes in the aftermath of the bombings; it feels all too real reading this given what is happening in our world today.  The plot is bang up to date with reference to social media reporting on events, the way in which the media collates and presents the news to the world were all covered with great detail and accuracy.

As the plot uncovered it soon became clear that there was more to this story than first met the eye. I was impressed at the level of detail and accuracy in this book and I was soon caught up in the storyline to the point where I was unable to put the book down until I had finished.

Unforgivable is a tightly crafted explosive and intense thriller that twists and weaves its way throughout the connected plots and bringing together a killer of a conclusion. Plenty of twists and turns kept me guessing all the way through and left me desperate to find out what happens next! I only wish I had read the first in the series before this one! 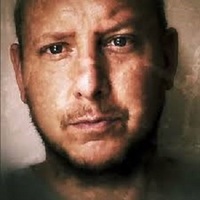 Mike Thomas was born in Wales in 1971. For more than two decades he served in the police, working some of Cardiff’s busiest neighbourhoods in uniform, public order units, drugs teams and CID. He left the force in 2015 to write full time.

His debut novel, Pocket Notebook, was published by William Heinemann (Penguin Random House) and longlisted for the Wales Book of the Year. The author was also named as one of Waterstones’ ‘New Voices’ for 2010. His second novel, Ugly Bus, is currently in development for a six part television series with the BBC.

The first in the MacReady series, Ash and Bones, was published in August 2016 by Bonnier Zaffre. The sequel, Unforgivable, is published in July 2017.

He lives in the wilds of Portugal with his wife, two children and an unstable, futon-eating dog.

More details can be found on the website www.mikethomasauthor.co.uk

The book is available for purchase over at Amazon