I was delighted when Anne from randomthingsthroughmyletterbox invited me to be a part of the Tess Gerritsen #BlogTour for #IKnowASecret. Although I have to confess I have not read any of Tess’s books before, the blurb and the cover for this book screamed out to me to take part and I am so glad that I did!

I have a secret.
And someone wants to make sure I never tell . . .

In a house decorated with horror movie posters, a young woman’s body is found. She lies on her bed, two bloodied objects clutched in her palm. Detective Jane Rizzoli and Forensic Pathologist Maura Isles are called to the murder scene, but even faced with this gruesome sight they are unable to identify the immediate cause of death.

Their investigation leads them to a high-profile murder case that was seemingly solved years before. But when another body is found in horrific circumstances, the link between the two victims is clear. Was the wrong person sent to prison? Is the real killer out there right now, picking off new targets?

One woman knows the killer is coming for her next. She’s the only one who can help Rizzoli and Isles catch him.

This is the twelfth in the Rizzoli and Isles series from Tess Gerritsen but it is the first that I have read, and now I find myself with another 11 books added to my TBR pile!

A #killerhook of an opening drew me in immediately. A young woman is found murdered in her bed but this is not just any old murder, in her palms, she clutches two eyeballs and they are hers, gouged out by her killer! Another body is discovered soon after this and it becomes clear that Detective Jane Rizzoli and Maura Isles, Forensic Pathologist are caught up in a chase to find a killer who uses a twisted and sinister methodology in choosing their victims. They discover links to a crime that took place over 20 years ago and it becomes clear that the killer is determined to take out those who might be carrying the secret around with them. One woman knows the secret and she also knows she might be next on the list – will Rizzoli and Isles catch the killer before they catch her?

As I have not read any of the others in this series, I was coming to the relationship between Rizzoli and Isles cold, I had no idea what made them tick, what had brought them together and what kept them working as a team. I did not feel disadvantaged by this at all, there was enough information given for this to be read as a standalone (but also enough little glimpses of the past that made me want to go and read the rest of the series!) The two women worked well together, there was a real bond and warmth between them and this was demonstrated by Jane’s understanding of the very real but confused pain that Maura was feeling over the impending death of her biological mother. A mother who was serving life for multiple murders. This back story was fascinating and I was keen to hear more about Maura’s dysfunctional family background and her fear around the whole nature V nurture debate when she worries just how much influence her genetics have on her.

To say too much about the plot would give away spoilers, the blurb gives you all the information that you need! I would urge you to read this to find out just how devious and twisted this author’s mind must be to create such a tense, suspenseful and extremely dark plot. Full of unreliable narrators, “I Know A Secret” will prod and poke around inside your head as you find yourself embroiled in the investigation. Such is Gerritsen’s skill at character and plot development, I found myself entirely submerged in the book throughout each chapter. From the very first page, I was hooked and I was kept guessing right to the very end of the book.  And what an ending that was designed to chill you to the very core!

“I Know A Secret” is a dark and twisted tale which explores a number of themes around psychological theories and provides a fascinating insight into the mind of a murderer and those who seek to bring them to justice in whatever way possible. It left me with questions around the morality and reasoning behind some of the actions taken and keen to uncover more about Rizzoli and Isles.

Would I recommend this book? Well, that would be a massive hell yeah! If you are looking for dark and twisted plots with a realistic and likeable cast of characters and a novel that will have you staying up past your bedtime with a cry of “just one more chapter” then “I Know A Secret” is the book for you!

#IKnowASecret is available to purchase via Amazon 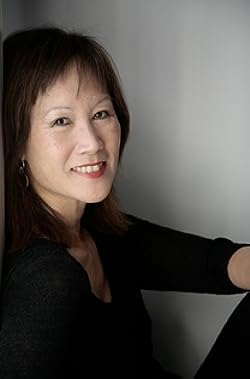 Bestselling author Tess Gerritsen is also a physician, and she brings to her novels her first-hand knowledge of emergency and autopsy rooms. But her interests span far more than medical topics. As an anthropology student at Stanford University, she catalogued centuries-old human remains, and she continues to travel the world driven by her fascination with ancient cultures and bizarre natural phenomena. She started off her writing career with romance novels, now published by Mira. But in 1996 she switched to writing thrillers with her novel HARVEST, inspired by the anger she felt about the illegal trade in human organs. It was her first New York Times bestseller. Since then she has become an internationally bestselling author of crime novels, and her thriller series starring Boston detective Jane Rizzoli and medical examiner Maura Isles is the basis for the hit television series “Rizzoli & isles.” She lives with her husband in Maine. For more information on Tess Gerritsen and her novels, visit her website: http://www.tessgerritsen.co.uk.

2 thoughts on “#BlogTour: I Know A Secret; Tess Gerristen”