Fifth on my list was Written in Bones from James Oswald 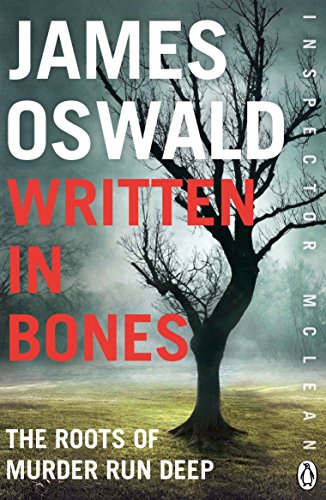 When a body is found in a tree in The Meadows, Edinburgh’s scenic parkland, the forensics suggest the corpse has fallen from a great height.

Detective Inspector Tony McLean wonders whether it was an accident, or a murder designed to send a chilling message?

The dead man had led quite a life: a disgraced ex-cop turned criminal kingpin who reinvented himself as a celebrated philanthropist.

As McLean traces the victim’s journey, it takes him back to Edinburgh’s past, and through its underworld – crossing paths with some of its most dangerous and most vulnerable people.

An intelligent and complex plot that fired my imagination from the very beginning. It had tension, corruption and well-rounded and engaging characters. Although I hadn’t read any of the previous books in this series, I didn’t feel at a loss, it was easy to pick up the pace and the back stories and simply served to pique my interest in the rest of the series. Reading this plunged me into the depths of a twisted hell in the streets of a wintry Edinburgh, it kept me guessing right up until the very end! 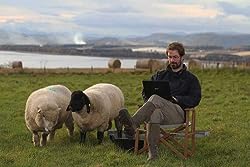 James Oswald is the author of the Sunday Times bestselling Inspector McLean series of detective mysteries. The first two of these, Natural Causes and The Book of Souls were both short-listed for the prestigious CWA Debut Dagger Award. Set in an Edinburgh not so different to the one we all know, Detective Inspector Tony McLean is the unlucky policeman who can see beneath the surface of ordinary criminal life to the dark, menacing evil that lurks beneath.

As J D Oswald, James has also written a classic fantasy series, The Ballad of Sir Benfro. Inspired by the language and folklore of Wales, it follows the adventures of a young dragon, Sir Benfro, in a land where his kind have been hunted near to extinction by men. The whole series is now available in print, e-book and audio formats.

James has pursued a varied career – from Wine Merchant to International Carriage Driving Course Builder via Call Centre Operative and professional Sheep Shit Sampler (true). He currently lives in a large caravan inside a Dutch Barn in Fife, with three dogs and two cats. He farms Highland cows and Romney sheep by day writes disturbing fiction by night.