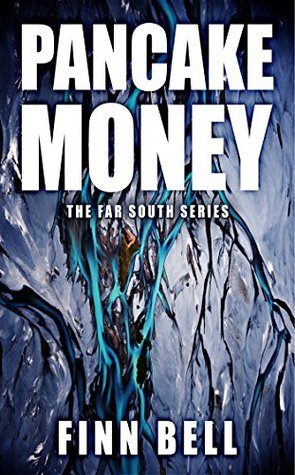 When Craig Sisterston contacted me and asked me if I’d be interested in taking part in the first-ever #BlogTour for the Ngaio Marsh Awards, I was intrigued. I had never heard of the awards nor had I ever read any New Zealand based Crime Fiction, but I was feeling adventurous so I said, hell yeah, count me in!

So what are these awards all about?

First awarded in 2010, the Ngaio Marsh Award promotes and celebrates excellence in crime, mystery and thriller writing by New Zealand authors. It is awarded each year in a ceremony held in Christchurch, the birthplace, and hometown of Dame Ngaio Marsh, one of the four Queens of Crime of the Golden Age of Detective Fiction.

Bobby Ress is a cop with a simple life.
He believes in making a difference.
He loves his wife and his daughter. He has a place in the world.
Then people start dying, a lot of them, in horrible ways. It’s a case like no other. And step by gruesome step the simple, true things Bobby knew to be right and good begin to make less and less sense. Because Bobby is learning about pain. He doesn’t like to admit it. He doesn’t like to know, but he’s slowly realizing: If you hurt someone bad enough for long enough then there’s nothing, absolutely nothing, they won’t do.

Those who know me, know that my preferred crime fiction takes place in Scotland and that I tend not to stray very far from my home country or the UK when seeking out my reading material. However, every so often I am tempted to step outside of my comfort zone and travel a little bit further. “Pancake Money” took me on the furthermost journey yet as I travelled across the world to New Zealand, and what a trip it was!

The novel opens with a suffocatingly vivid depiction of death; so real that I could feel the hand clamped across my face taking my life away from me! #Boom there was my killer hook right away. To say too much about the plot would be risking too many #spoilers. It is enough to say that “Pancake Money” is the story of Bobby, a cop who joined the force to make a difference and the impact that the wrongs of life and the subsequent pain cause to individuals.

Bobby and Pollo, two cops in New Zealand and both very different men, yet a bond between them is evident throughout; Pollo is old school but a wise cop who goes on instinct and hunches, “The Knowing” while Bobby has a thirst for knowledge and learning bases his actions around profiling and forensic science. Yet the relationship between the two men is so deep and powerful that it cannot fail to impact on the reader and their reaction to the storyline. Pollo’s description of pancake money tore at my heartstrings and the reason for the title of the book becomes clear as your read on.

New Zealand gang culture also plays a part in the novel and in particular the Manga Kahu. It is not a gratuitous role and while there is violence the real reasons behind gang membership, culture, protection, and family are explored.

Pancake Money sets out its stall in relation to themes explored almost right away. What motivates behaviour is the question posed at the start of the book and weaving its way throughout the plot is the answer, pain. Reading this book enthralled me, it was more than just crime fiction, it was an exploration of the primary motivation of human behaviour and why people do bad things.

The story takes place over one week and the brutal murder of three people uncovers a link to the Manga Kahu and to the cover up of abuse and the protection of the abusers. Finn Bell does not pull any punches when it comes to the brutality surrounding the murders but it never feels gratuitous, it is always in context. My experience as a reader was more drawn into and fascinated by the psychology behind it all. There was plenty fodder for those interested in human behaviour and what motivates us, including a fascinating look at Maslow’s hierarchy of needs and how it was developed from the question around how we can tell things that are alive from the things that are dead.

This was a very different crime fiction novel; it gave me crime, the good guys, and the bad guys but it was way more than that; it provided me with a thought-provoking and compelling read that delved deeply into the psychology of behaviour; of crime and made me, as a reader, question myself and my position all the way through the book and for this reason to me this book was more than just a plot with a beginning middle and end, it was an opportunity to explore some of the darker sides of human nature from an intelligent angle; it left me with questions and things to ponder further and made me remember that life is never just black and white.

If you are looking for an intelligent and thought-provoking read that provides you with more than just a crime committed by the bad guys and the good guys solving it, then Pancake Money is for you.

You can purchase #PancakeMoney from Amazon and I’ve included the link below: Finn Bell lives in the far south of New Zealand where he writes full time. To find out more about him or his books visit http://www.finnbellbooks.com.

Dunedin-based Finn Bell self-published his first two novels, Dead Lemons, and Pancake Money last year, only to now have them both listed as finalists for the Ngaio Marsh award for best crime novel.

Both of Bell’s novels have roots in Southland, with the bulk of Dead Lemons set in the seaside town of Riverton and the surrounding Southland region, while Pancake Money is set in the Catlins and Dunedin.

“[I’m] surprised that not most books in New Zealand are based in Southland, actually,” Bell said.

“Southland is a unique combination. You’ve got the wild isolation, staggering vistas, that very few people have. There’s a mythic, dramatic quality to the landscape.”

Bell, who arrived in New Zealand from South Africa about 10 years ago “by accident” spent his life working in hospitals, prisons, for charities, and in night shelters, with a background in forensic psychology.

He began writing as a way of dealing with bringing his work home with him, he said.

“It is the darker aspects of crime that are in my books.

“All of it’s true, it’s all based on true crime, suitably camouflaged that I’m not going to get taken to court,” he said with a laugh.