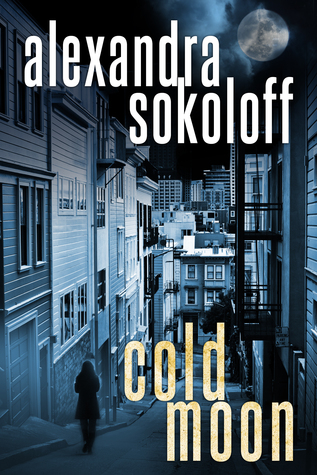 So as I continue with my Huntress binge,  I have now finished with #ColdMoon, which is book three in the series. I am still kicking myself for leaving this series for so long! But the one positive out of this is being able to indulge and gorge myself on the whole series one after the other! #BookBloggersAlwaysLookOnTheBrightSide

The hunt for mass murderer Cara Lindstrom is over. FBI Special Agent Matthew Roarke has been working for this moment: the capture of a killer who savagely hunts the worst of humanity. But Roarke remains traumatized by his own near-death at the hands of the serial killer who slaughtered Cara’s family…and haunted by the enigmatic woman who saved his life.

Then the sixteen-year-old prostitute who witnessed Cara’s most recent murder goes missing, and suddenly pimps are turning up dead on the streets of San Francisco, killed with an MO eerily similar to Cara’s handiwork.

Is a new killer on the loose with a mission even more deadly than hers? In the pulse-pounding third Huntress/FBI Thrillers book, Roarke will have to go on the hunt…and every woman he meets, even those closest to him, may prove deadly.

When selling girls makes more money than selling drugs and jail time for drug offences are higher than time for human trafficking, is it any wonder that the Huntress is being lauded for her actions rather than hunted?

Cara Lindstrom is behind bars but how long will she be there for and is Roarch totally committed in his quest for justice as her court case approaches? Combine this with his confusion over his dalliance with social worker Rachel and we have the beginnings of one of the most bizarre love triangles out there. Despite Cara being behind bars, it would appear that there is someone else out there continuing her work to clean the streets up of those who exploit and terrorise the vulnerable. Question is, is there a desire to lock up those doing the cleanup or to hand them a medal?

I’ve said this in each and every review but damn, I love Cara Lindstrom; I love what she stands for, I love her battle to define evil and her innate sense of evil. Seeing the world through Cara’s eyes provide a horrifying perception and it is hard to view her as anything bar the heroine in this series.

Once again the narrative creates a sense of urgency as the race to find the new killer is underway. I was pounding the streets of San Francisco in my head as I read. it was easy to imagine the sense of frustration and vulnerability combined,  as the law and its protestors clashed over the deaths of some of the most evil men out there.

Reading this series is a bit like painting a picture, each book adds another layer of colour and depth to the story. You see more in the scene everytime you look, you learn more about each character as they come to life with each stroke of the brush!

Do you know what I absolutely love about this series? It’s the message behind it, the drive and the passion to challenge human trafficking, telling the stories of the victims and giving a voice to the unheard.  This series may feature a female serial killer who seeks revenge on behalf of the abused but it’s more than that – it’s a representation and a dialogue that stands up and sticks up its middle finger to the idea that we should sweep this issue under the carpet. Each and every character created by Alexandra Sokoloff has a role to play in relaying this message and we can see the internal conflict of those on the side of the law when faced with the crimes they are charged with investigating? Where do they sit on the moral fence when it comes to achieving justice for the victims of the crimes? As a reader, while I’m not advocating we should all be out there bumping off the bad guys, it is a fantastic series to get the dialogue going about this very real and current issue. It is clear that this is a subject dear to Alex’s heart and one she has a passion for and I love the fact that we have such talented writers of fiction willing to highlight the harsh realities of the world using their books to do so.

Cold Moon is a hard-hitting and fast-paced read, it cranks up the tension with every page before reaching that bloody astounding finale that just left me choking to read the next in line.

Cold Moon is available to purchase on Amazon: