I am delighted to share my trio of reviews for the three short prequels to the Parliament House Books series by John Mayer.

This is an intriguing introduction to a series which looks at crime and justice from the other side of the table, from the legal perspective. If you read about John’s own background in this very establishment and his desire to seek justice in a system that can at times be extremely unjust then this series is even more poignant.

While it is not necessary to read these books before starting the Parliament House series, I would recommend that you do, especially if you like to know the background of your main character in a book. 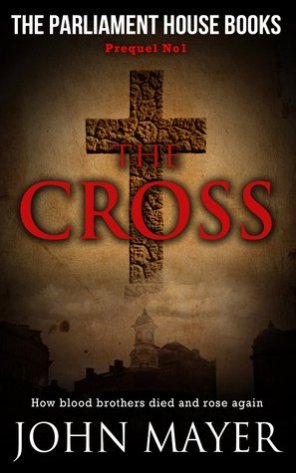 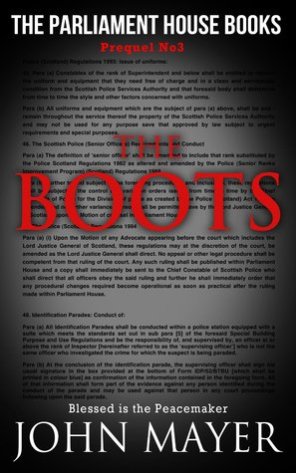 On a night when old Glasgow caught fire, through the gang violence and the terrors gripping the city, two blood brothers went on a special mission.Their world would end that night. What remained grew into a force of nature that would change Scotland and the wider world for the better. That force had a name: Brogan McLane. The first prequel in The Parliament House Books series.

With the opening scene depicting the Ibrox disaster on the 2nd of January 1971, I knew this was not going to be an easy read. On the day of the annual Auld Firm match in Glasgow, 66 fans never came home and many more were injured. The Cross follows the battles that raged on the streets of Glasgow as the two sides clashed and in particular the story of two Blood Brothers, Sam McLane and Tommy Mularkey, whose whole lives and the lives of those who followed them, would be changed by the events of that night.

This short story is more of a scene-setting exercise than a portrayal of characters. The Cross is a short but extremely hard-hitting read and serves as a stark reminder of the violence and bitterness that plagued the reputation of both football and the streets of my hometown of Glasgow during those years.

The Glasgow Calton code is ripped apart when two widows are attacked and robbed of their surprise win on the Grand National horse race. When a suspect is found, in front of the neighbourhood’s senior men, he must face the women and their only sons. One son is eager to carry out his own violent sentence. The other impresses the whole community when he decides on a more imaginative solution.

It’s 14 years after the Ibrox disaster and Brogan McLane, son of Sam and his best friend Big Joe, son of Tommy are called to the Big Sitting at The Calton Bar, where they are about to become men. This is a no holds barred tale of The Calton area of Glasgow in the 1980s; realistic and gritty it captures both a sense of place and character as we see young Brogan develop his passion for law and learning.

For me, the most poignant element of this book was Brogan’s account of his visit to the Mitchell Library, the iconic place of learning and knowledge for thousands of Glaswegians. It captured perfectly, that very real fear of not fitting in that Brogan felt as he plucked up the courage to cross the threshold. A fabulous read that evoked so many memories for me.

In Parliament House, Brogan McLane is Boots of Faculty, meaning he is the latest person to proudly add their name to the Roll of Advocates. After many years of prize-winning study and training for the Scottish Supreme Court, he’s thrilled. But he doesn’t yet have any cases to work on.
A senior police officer, Chief Inspector Terry Imrie, is facing a Discipline Tribunal for making a minor mistake which let a scumbag who beat and robbed an old couple in their own home, walk free. But his top lawyer is stranded in court in another case. The Dean of Faculty instructs McLane to take Imrie’s case. McLane is full of enthusiasm until he sees under the Tribunal Table a line of highly polished black police boots; waiting to boot out the guilty man.Horrified that such a minor mistake can lead to such awful consequences for an honest police officer, McLane thinks he sees a way of interpreting the Police (Scotland) Regulations his way. But will the Scottish Supreme Court agree with him? Can McLane really get the law changed in a way that leads to his client being re-instated and the scum being re-arrested and jailed for his awful crime?

“The Boots” sees Brogan McLane takes on his first case as Advocate in this tightly woven and cleverly plotted novella. A fascinating insight into the workings of the Scottish legal system, terminology leaned towards the legalistic at times but once I got my head round that, it didn’t prevent me from enjoying and appreciating this book.

I’ve enjoyed reading about Brogan’s journey from the East End of Glasgow to Parliament House in Edinburgh and especially enjoying his Glaswegian determination and wit shine through. I can see him bring that Glasgow grit and reality to one of the most esteemed establishments in Scotland.

The books are available for purchase from: