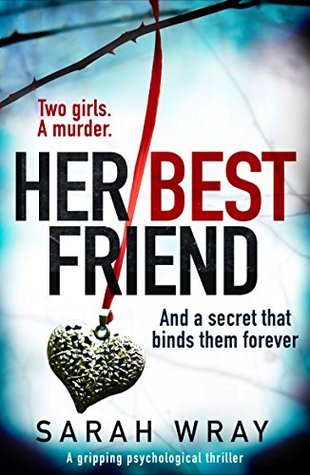 I’ve been on a little bit of a #BookoutureBinge recently So how buzzing am I to be on another #Bookouture #BlogBlitz! Thank you to the author and  Bookouture for the review copy of this book.

Two girls. A murder. And a secret that binds them forever.
As a teenager, Sylvie Armstrong’s life was shattered when her best friend, Victoria Bland, was murdered. The killer has never been caught – and Sylvie has never spoken about what happened that day.

Now, two decades have gone by and after the death of her mother, Sylvie is forced to return to her hometown, along with her newborn daughter – only to be confronted by the secrets that she has been running from for twenty years.

But then Sylvie receives the locket Victoria was wearing on the night she died – and it becomes clear that somebody knows what really happened to Victoria.

As Sylvie struggles to discover the truth behind the lies, she finds herself in increasing danger from those who will stop at nothing to keep their secrets. Someone who threatens not only Sylvie but everything she loves…

Oh, Sylvie, just what did you let yourself in for coming back home to where it all happened! The hairs on the back of my neck were up all the way through this read! You know that way you feel as though someone is watching you? Well, that’s how “Her Best Friend” made me feel, my spidey senses were on alert throughout!

I loved the premise of this novel, tying in our fascination with true-life crime and online communications. There were a few characters that Id like to have known more about but it worked extremely well as an exploration of lies, secrets and mistrust and the devastating impact when they all come tumbling down.

Sylvie has returned home following the death of her mother. Her past is waiting in the shadows at her every turn ready to pounce out and grab her! With her newborn daughter with her, it becomes clear that Sylvie is hiding something about her life but the secrets from the past are about to come tumbling out too as it becomes clear that someone out there knows more about her best friends murder all those years ago. There was just something about Sylvie that I couldn’t quite put my finger on. I couldn’t quite work her out at all, a strange kettle of fish she was and I just didn’t know how much to trust her, leaving me with that feeling of unease throughout.

When Sylvie bumps into Judith, Victoria’s mum, she is insistent that Sylvie comes to visit them at home. Now here’s a couple who are most definitely not united in grief, the tension between them is so thick that you could cut it with a knife! Peter, Judith’s husband is a grade A creep – he made my skin crawl and there was just that sense of unease about the couple and their actions.

Judith is determined not to let her daughter’s murderer evade justice and has become involved with a documentary maker, Sam, who is putting together a film looking into the death of her daughter. But he too has his own demons to contend with as he becomes embroiled in a seething mass of lies and cover-ups.

Michelle ingratiates herself into Sylvie’s life but you need to question her motivation for the friendship; as a child Sylvie and Victoria often left Michelle out as she wasn’t one of the “cool kids”, is this new friendship a quest for revenge and is Sylvie putting herself and her daughter at risk? I really enjoyed Michelle’s character and the way she challenged Sylvie’s thinking of her actions in the past.

Each character could easily be described as an unreliable narrator which provides a tense and chilling backdrop to the book, encasing the reader in a sense of fear and mistrust. Nobody seems to be telling the truth, everyone seems to have secrets that they want to stay dead and buried. I read it feeling as though I was looking down into the town watching all the main players scurry about trying to protect their secrets and lies while maintaining a veneer of normality in a community that is anything but normal.

Everyone is a suspect and “Her Best Friend” provides twists, turns and a lake full of red herrings as it expertly teases out the answers for the reader as the book reaches a dramatic climax.

“Her Best Friend” is available to purchase from: 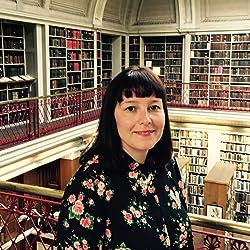 Sarah has always loved to read and worked with words, starting her career in academic publishing before moving into writing. She was always interested in writing a novel but it just seemed such a huge, unknown complicated thing. In the end, she decided to just go for it and see what happened. It was a personal challenge. The early draft of the book promptly won the Northern Writers’ Award (Arvon Award) in 2015