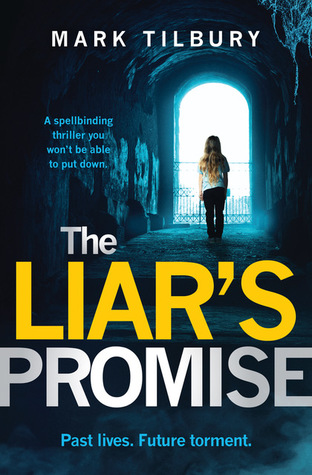 I was delighted when Sarah from Bloodhound books asked me to take part in the #BlogTour for Mark Tilbury’s “The Liar’s Promise”. I’d read Mark’s book, The Abbatoir of Dreams earlier on in the year and it blew me away so I was really looking forward to getting my teeth into this one!

How does a mother protect her child from the unknown?

During a visit to a local theatre, four-year-old Chloe Hollis becomes hysterical. But her mother, Mel, doesn’t realise that this is just the beginning of the nightmare. In the coming weeks, Chloe talks of The Tall Man – Of death.

At her wits end, Mel confides in Charles Honeywell, the headmaster at the school where she works. But what Kim doesn’t know is that Charles is linked to what is happening to her daughter.

Will Mel learn the terrible truth? And can she overcome her own tragic past and save her daughter before it’s too late?

The Liar’s Promise is a story of past lives and future torment.

Currently writing this review hiding under my bed covers because I have THE FEAR! Ok, so I should have known, after reading Mark Tilbury’s The Abattoir of Dreams that The Liar’s Promise wasn’t going to be all fluffy bunnies and unicorns! This man has got a seriously warped imagination and I LOVE it!

Four-year-old Chloe has started to act really strangely and her mother, Mel, is both terrified and at her wits end as she doesn’t know how to cope with the changes in her daughter. She’s also had enough of her husband and turns to Charles Honeywell who is the headmaster at the school where she works. but is Charles all that he says he is and is the help that he offers going to lead her and her family further into a terrifying nightmare!

Think of every creepy psychological thriller starring children that you have ever seen and multiply it by ten because this one will have you reading from behind your fingers and your electricity bill through the roof! Because you WILL sleep with the lights on after reading this!

Chloe stole the show for me in this one! I don’t want to say too much for fear of spoilers but this kid seriously had me shaking! Her character was written so realistically that I could see her play out before my eyes. Her scenes were so intense that I was completely engrossed in my reading experience.

I felt for Mel and Tony. At a complete loss at what to do, you could feel their pain and only sit back and watch as all that they held dear crumbled round about them. I probably felt more for Mel and her frustration at her husband’s lack of real understanding over what was happening to Chloe; at times I wanted to shake the man and say “Oh for God Sakes, open your eyes man”. Their relationship was definitely tested as Chloe’s behaviour became increasingly bizarre and it was clear that both of them had been keeping secrets from each other over the years. Would they be able to survive the fallout of these secrets as their lives come tumbling down?

As for Charles and his friend, now we are talking pretty downright evil here, not just “oh look it’s the baddy” evil but evil like Satan himself! Just let’s say that theatre visits and Shakespeare are going to send my heart racing for a while to come! You really will recoil at the lengths they are prepared to go to not only to protect their secrets but to fulfil their deepest and darkest desires.

The Liar’s Promise gives us betrayal, dysfunction and Shakespeare injected with a dose of reincarnation. It will have you on the edge of your seat and under your covers. If you don’t believe in supernatural then I beg you to suspend your belief and submerge yourself in this book and enjoy the ride! Once again, Mark Tilbury has produced an epic twisted yet brilliant rollercoaster ride of a read!

The Liar’s Promise is available to purchase from: 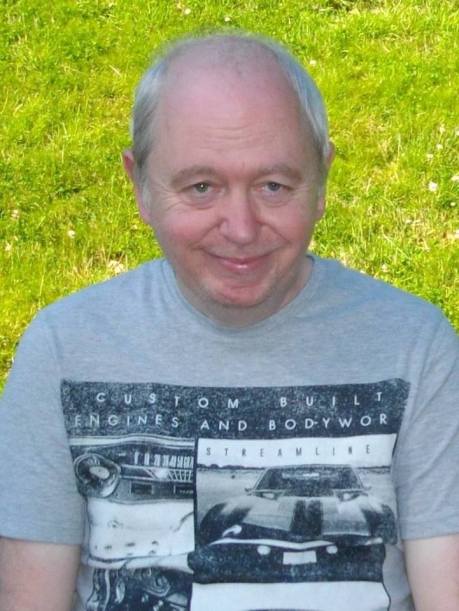 Mark lives in a small village in the lovely county of Cumbria,
although his books are set in Oxfordshire where he was born
and raised.

After serving in the Royal Navy and raising his two daughters after being widowed,
Mark finally took the plunge and self-published two books on Amazon,
The Revelation Room and The Eyes of the Accused.

He’s always had a keen interest in writing, and is extremely proud to have his fourth novel, The Liar’s Promise, along with The Abattoir of Dreams, published, and both The Revelation Room and The Eyes of the Accused re-launched by Bloodhound Books.

When he’s not writing, Mark can be found trying and failing to master blues guitar,
and taking walks around the beautiful county of Cumbria.

One thought on “#BlogTour: #TheLiarsPromise from Mark Tilbury. @bloodhoundbook @MTilburyAuthor”