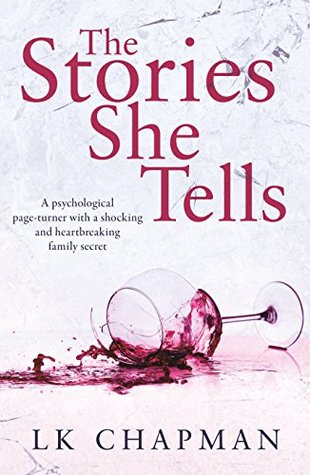 When Michael decides to track down ex-girlfriend Rae who disappeared ten years ago while pregnant with his baby, he knows it could change his life forever. His search for her takes unexpected turns as he unearths multiple changes of identity and a childhood she tried to pretend never happened, but nothing could prepare him for what awaits when he finally finds her.

Appearing to be happily married with a brand new baby daughter, Rae is cagey about what happened to Michael’s child and starts to say alarming things- that her husband is trying to force her to give up her new baby for adoption, that he’s attempting to undermine the bond between her and her child, and deliberately making her doubt her own sanity.

As Michael is drawn in deeper to her disturbing claims he begins to doubt the truth of what she is saying. But is she really making it all up, or is there a shocking and heartbreaking secret at the root of the stories she tells?

Twisted, sick, shocking, disturbing, believable, unbelievable- these are all the words that popped into my head as I finished “The Stories She Tells”. My brain is reeling from reading this book! I feel emotionally drained!

The blurb gives you all the information you need to know about the plot. The character development in this novel was outstanding- the three main players, Michael, “Rae” and Paul are written so cleverly that it is hard not to see this story play out in your head as you read. My heart wept for Michael as I watched him become sucked into the emotional whirlpool that was the life of Rae and Paul, I could literally feel his life drain out of him as he struggled to work out just who to believe.

Paul and “Rae” were two of the most unreliable narrators I had ever come across. It was so hard to work out who was telling the truth and who was telling lies, each character was so convincing and plausible that I ended up completely caught up in the intensity of their lives and lies.

“Rae” is described by other characters as a habitual liar and initially it is difficult to find anything endearing about her character however as the story develops it becomes easier to understand the lies she tells and indeed to question whether or not everything she says is a lie. What a brilliantly complex character LK Chapman has created in this woman!

Trust, lies, secrets and mental health are all themes explored in this novel but special praise must go to LK Chapman’s portrayal of mental illness. She provided a realistic, anguishing yet sensitive portrayal of Rae’s descent into her own personal hell. It was so intense that I actually felt myself slip into the pages and experience it all alongside each of the characters.

“The Stories She Tells is available to purchase from: