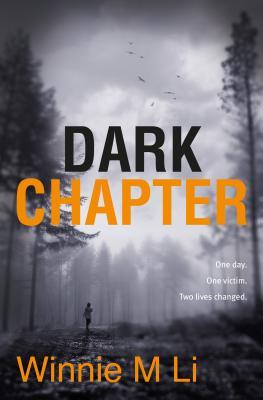 I bought this book after going to see Winnie speak at an event in Glasgow; when she signed my book she wrote “Read with courage and compassion”. I have just finished reading this book and the tears are streaming down my face. I think that night, I probably met one of the most courageous and compassionate women out there. This is a book that must be read.

Vivian is a cosmopolitan Taiwanese-American tourist who often escapes her busy life in London through adventure and travel. Johnny is a 15-year-old Irish teenager, living a neglected life on the margins of society.

On a bright spring afternoon in West Belfast, their paths collide during a horrifying act of violence.

In the aftermath, each is forced to confront the chain of events that led to the attack.

Inspired by true events, this is a story of the dark chapters and chance encounters that can irrevocably determine the shape of our lives.

Vivian and Johnny, two very different people from two very different backgrounds whose paths are on course for collision. In The Dark Chapter, Winnie Li takes us on a journey that changed her life forever. This is a story based on reality, it’s a tough and emotional read but it is also a story of strength, resilience and a journey to recovery. It is a story that needs to be read.

It is harrowing, and despite being fiction, it is a raw read as we know that the author is also a survivor of rape. This might not be the whole of  her story but it is written from the heart and the perspective of someone who has lived through this experience and so it is difficult not to feel that emotional connection with Vivian. The prologue is so intense as the narrator watches herself from a distance taking a journey she is powerless to stop. Right from the very beginning I was drawn in and in doing so was taken on the journey alongside Vivian all of the way.

The book follows alternate chapters in which Vivian and Johnny’s lives are traced leading up to the event that would change their lives forever; the very ordinariness of their lives and experiences,  how events and people shaped the people they became,  was a powerful and tense read. It was impossible to read it and not feel the emotions that Vivian felt. From start to finish was an emotional rollercoaster.

When Johnny was narrating his story it was difficult not to feel conflicted; as a human being watching the life of a young boy being shaped in such a way that it would have been nigh on impossible for him not to take the wrong path in life, it was hard not to feel sorrow for him, not to want to lay the blame on his upbringing, the discrimination faced by travellers, but it was also gut wrenching as I knew that this story was being written by a woman who had experienced the trauma that Johnny was about to inflict on her. We know that this is not Winnie Li’s attacker she is writing about as she knows nothing about him other than he was from the travelling community; he pled guilty and so there was no trial, no background information or defence lawyer trying to silence her truth. Despite the conflict mentioned above, it was impossible to empathise with him as he played out the part that was to change this woman’s life forever.

Some may ask is Winnie giving the rapist a voice or is she using fiction and writing as a therapeutic process? Having met and listened to Winnie speak, I’d say it was the latter, it is a courageous and compassionate woman who can take her experience and write about it from the perspective of the survivor as well as the perpetrator. I would say that fiction plays an important part in opening up conversations about rape and about violence; understanding why someone has done something is not condoning the act but it does help shatter the silence around the subject which is what we need to be doing; it encourages the conversations that we all need to be having.

The loneliness of Vivian struck me to the core, as she came to terms with having to censor her story to protect the listeners, to having to protect others from her pain: but also the sheer strength of her as an individual, a survivor and a voice that needed to be heard.

The courtroom scenes were written so well that I found myself sitting in the room watching the wheels of justice churning,  I felt Vivian’s pain as she was left feeling exposed once more, reliving the rape under cross-examination, her pain yet her determination to see the process through in order to see justice done. It laid bare conflicts she felt, should she cry? Should she be strong and composed? How do the public expect a survivor of rape to behave? All these questions and thoughts that no individual should ever have to be thinking.

I wept reading this book, not because I think her life is ruined but I wept that she has had to go through this pain to write this novel, to write a novel where the research done was based on her experience, I wept that she was strong enough to tell this story and to carry on speaking out for those who have not yet been able to find their voice

As I said at the beginning, when Winnie signed my book for me she wrote “read with courage and compassion” and those words have stayed with me. Winnie Li is one of the most courageous women out there; Winnie and other survivors like her have found the courage and strength to speak out and not be silenced and she has the compassion to understand why others struggle to find their voice and to use her strength and resilience to keep on challenging by not staying silent.

Read this book, please. Read with courage and compassion.

Winnie M. Li is a writer, producer, and activist.  And frequent backpacker who has somehow managed to spend the past 15 years, engaged in film and literature in various parts of the world.

Taiwanese-American and raised in New Jersey, Winnie studied Folklore and Mythology at Harvard, specializing in Celtic Languages and Literature.  In 2000, she was selected as a George Mitchell Scholar and earned her MA in Anglo-Irish Literature at the National University of Ireland, Cork.

While in Cork, Winnie began volunteering for the Cork International Film Festival.  Shortly afterwards, she moved to London to work for Ugly Duckling Films / Left Turn Films, a small independent film production company.  Eventually as Head of Development there, Winnie was involved in producing six award-winning feature films and two shorts, one of which was Oscar-nominated® and the other Oscar-shortlisted®.  In addition to overseeing script development at Ugly Duckling Films, Winnie concentrated heavily on the marketing, financing, and distribution of their projects.

In 2010, Winnie began working with the Doha Film Institute (DFI) in Qatar, where she served as Programme Manager for the 2nd and 3rd editions of the annual Doha Tribeca Film Festival.  As Film Series Producer for the DFI, she founded the Institute’s year-round screening series, bringing 150+ screenings of arthouse and foreign films to a city accustomed to mainstream Hollywood movies.

In 2013, Winnie returned to the tourism and travel sector, working as a short-term Project Consultant for Temasek Holdings in Singapore.  There she spearheaded the creative development of a future nature-themed tourist attraction, consolidating research within the attractions industry, eco-tourism, and wildlife conservation to develop new narratives for reaching the public.

In her spare time, she lectures on film studies and film production, and has spoken at Harvard University, Trinity College Dublin, the University of Aberdeen, the London School of Economics, and Northwestern University in Qatar.  A former writer for the Let’s Go travel guide books, Winnie has traveled extensively on five continents.  Her other published writing ranges from literary non-fiction to newspaper op-eds to academic essays.  She is based in London and wrote her debut novel, Dark Chapter, while in the Creative & Life Writing MA Programme at Goldsmiths, University of London.

As of Autumn 2015, Winnie is a PhD researcher in the Department of Media and Communications at the London School of Economics.  She is researching the impact of social media on the public discourse about rape and sexual assault, on an Economic and Social Research Council grant.

Dark Chapter is available to purchase from: