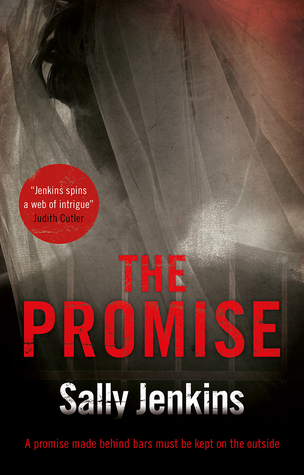 Many thanks to Rachel of rachelsrandomresources for inviting me to be a part of the Blog Tour for #ThePromise by Sally Jenkins.

A man has been stabbed. A woman is bloodstained. The nightmares from her teenage years have begun again for Olivia Field just as she is preparing to marry. Ex-convict, Tina is terminally ill. Before she dies, the care of her younger, psychologically unwell brother, Wayne must be ensured. So Tina calls in a promise made to her thirty years ago in a prison cell. A promise that was written down and placed with crucial evidence illustrating a miscarriage of justice in a murder case. Tina believes Olivia is perfectly placed to provide the care Wayne needs, but to do so, Olivia must be forced to cancel her own wedding and wreck the lives of those close to her. Tina’s terrible blackmail demands put Olivia’s entire future and, ultimately, her freedom under threat. The Promise is a fast-paced psychological thriller told from several third-person viewpoints. The novel explores the lengths to which people are prepared to go in order to protect those they love and the impossibility of ever fully escaping our past actions.

The Promise provides an interesting plot based on the blackmail of Olivia Field by ex-convict, Tina. Tina has discovered evidence that she believes uncovers a miscarriage of justice; she has not got long to live and she is determined to carry out the wishes of her late mother by ensuring her brother, Wayne, is settled before she dies. But will Tina’s plans destroy the life that Olivia has planned for herself and her new husband?

I enjoyed this plot and thought that it was cleverly written. There was a point where the blackmail demands became quite far-fetched, however, in the spirit of fiction, I allowed myself to suspend belief and settled down into the story.

A myriad of complex and intertwining relationships between Olivia, her fiance, her ex-husband and best friend combined with the toxic presence of Tina and Wayne provided an engaging and intriguing read. It wasn’t a fast-paced read as described but it certainly had enough about it to keep me reading to the end. The build-up to the conclusion of the storyline was nail-biting and had me engrossed but I felt the end was rather abrupt.

Each character was well written and despite any redeeming qualities were totally unlikable – oh I do love me an unlikeable character. It was a tense read as I switched from feeling sorry for them to disliking them intensely! It’s hard to say too much without spoiling the plot but my top 3 love/hate relationships were with Olivia: at times I wanted to give her a good shake and tell her to man up a little! Yet I felt sorry for her as her fear was very real; Tina: oh what a nasty piece of work she was stopping at nothing to carry out her plans; yet how could I not feel for her, she was dying, she had a whole lot of guilt and emotions from past experiences and so it was hard not to understand her motivations and finally Wayne; he was repulsive at times yet there were clearly underlying and undiagnosed mental health issues with him; he was very much under the influence of his sister yet his fear at what lay before him was palpable.

The Promise might not be the fast-paced read as described but it was certainly an engaging and intriguing one, it does make you think, oh what would I do in a situation like that? A cast of unlikable but understandable characters combined with a clever plot made it an engaging and enjoyable read for me.

The Promise is available to purchase from: 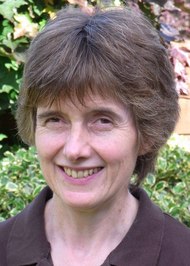 Sally Jenkins is based in the West Midlands and writes part-time around her job as a computer programmer. She targets her short stories at a range of competitions and magazines. Sally also produces the odd article on writing-related topics.
When she is not tapping away at a keyboard, Sally enjoys Body Combat classes and church bell-ringing.
She would advise all would-be writers to join a local class or group. Writing is a frustrating, solitary pursuit and meeting other like-minded people is necessary to stop yourself going mad!