In this unique anthology twelve of Scotland’s best crime writers use the sinister side of the country’s built heritage in stories that are by turns gripping, chilling and redemptive. Join Val McDermid, Doug Johnstone and Lin Anderson and the editor James Crawford as they explore the thrilling potential of Scotland’s iconic sites and structures. From murder in an Iron Age broch and a macabre tale of revenge among the furious clamour of an eighteenth century mill, to a rivalry turning fatal in the concrete galleries of the seminary at Cardross, this collection uncovers the intimate – and deadly – connections between people and places.

My last panel of Aye Write 2018 and while I might have been crying as this was it coming to an end for me, my wee heart was singing at seeing the absolutely FANTASTIC Lin Anderson, Val McDermid and Doug Johnstone appear together to talk about Bloody Scotland, the anthology. What a way to end the festival!

Chaired by the editor, James Crawford, this session was both informative and entertaining with fascinating input from all three authors. Val and Doug were just fresh from last night’s performance of the “Fun Lovin’ CrimeWriters” at The Tramway. While, I wasn’t able to make the event, this is one gig that every crime lover really needs to attend at least once in their lives!

Bloody Scotland anthology was published in association with Historic Environment Scotland (HES) as part of Scotland’s Year of History, Heritage and Archaeology. They were keen to find innovative ways of engaging the public with Scottish heritage and after talking to Lin Anderson about the possibility of Scottish Crime Writers producing a collection of 12 short stories based on iconic Scottish buildings and structures, “Bloody Scotland” was the outcome. In each of the stories contained in the book, the buildings are almost characters in their own right.

James asked each of the authors about the building they chose and why:

Val: chose The Hermit’s Castle near the beach at Achmelvich on the Assynt peninsula in the north-west of Scotland. I’m not going to spoil it by telling you the story behind it but you really should have a look! Val chose this building as she had discovered it in her student days; describing it as “almost blending into the landscape” the story behind its creation had always fascinated her. 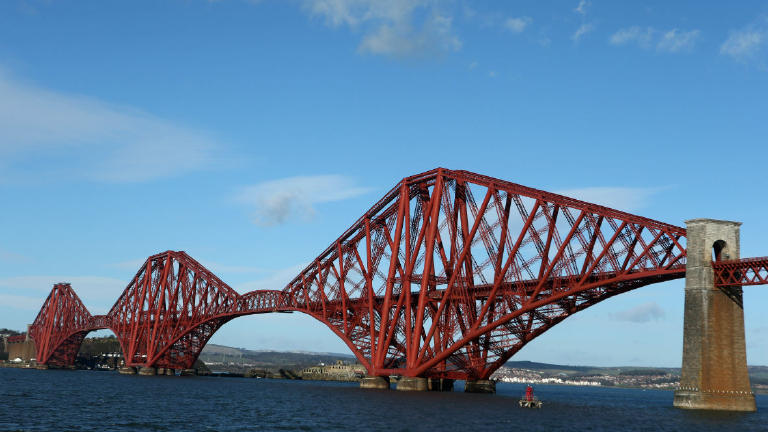 Doug: the structure in Doug’s short story was the iconic Forth Bridge, which has been a bit of an obsession of his for years. While researching his novel, The Jump (which is bloody brilliant by the way!) he spent a lot of time in the Queensferry area where the bridge literally frames the lives of those living there. 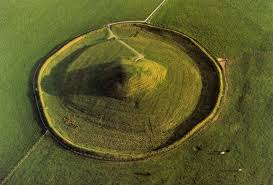 Lin: chose Maeshowe, a neolithic burial mound in Orkney. Lin had lived and worked in Orkney for a time and was intrigued by the fact the modern and neolithic life exist side by side. Inside the chamber there are runes on the walls left by the Vikings and it was these that sparked the idea for her short story in the book.

Each of the authors agreed that place is an essential element in fiction, especially in crime fiction with Val saying if writers can persuade the reader of the reality of the setting then the writing is much more authentic. Visiting locations, where possible, is essential to capture the sound and the smells, to know the place and to be able to realistically transfer it onto the pages of the book will really place the setting at the heart of a novel.

For Doug using place is important, he gets a feeling that he “needs” to write about a particular setting and the idea percolates in his head for a while before making it on to paper. He spoke about the use of island life as one which works well in crime fiction, the sense of claustrophobia, of being not able to freely escape is ripe for the mind of a crime writer.

Lin’s novels have had a heavy focus on Glasgow but as Rhona Macleod is a forensic scientist, her work can take her all over Scotland which allows Lin to explore the country through the eyes of her characters. Although she did admit it took her 12 years to actually kill someone in her hometown (in her books of course!)

For Val the setting works in two ways: 1. that “Wow” factor where a place just has so much presence that it demands to be written and 2. An idea for a story exists in her head and she needs to find a place where that story would fit in.

So where are each of the authors heading next?

Doug is considering a move to California although his characters are likely to be Scottish, he said he could write “a great book about mad Scottish people killing people”!

Lin is heading back to Glasgow for her next in the Rhona MacLeod series before journeying up to Skye in the following novel.

Val is currently writing a novel based in Wester Ross, the North West Highlands.

All too soon, it was over, it felt like someone had fast-forwarded the time, I had been so engrossed in the event. If you haven’t yet read the anthology I strongly suggest you get yourself a copy and get reading as it would be criminal not to!

Aye Write ends tomorrow, it really has been a blast. Why not have a wee look at the programme and see if there is anything you’d like to catch up with on the last day!