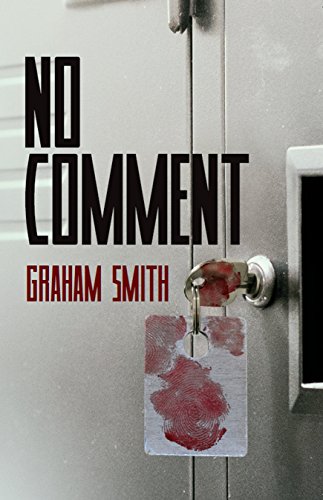 A huge thanks to Graham Smith and Rachel over at Rachelsrandomresources for asking me to take part in this #BlogBlitz for #NoComment; a cracking novella featuring the one and only DI Harry Evans! I’m delighted to be one of the brilliant bloggers closing down this #BlogBlitz!

When a single mother, Julie Simon, is found in her kitchen with a stab wound to her stomach, Cumbria’s Major Crimes Team are handed the case. Under the supervision of DI Campbell and with advice from his former DI, Harry Evans, DC Amir Bhaki fights to discover who assaulted an innocent woman and left her with life-threatening injuries.
Nothing is as it first appears and when the team looks into Julie’s life they uncover a hidden sex-life that may just hold the key to the identity of her attacker.

Now, I am not usually a fan of novellas as I’m a kind of greedy reader, I tend to want a full plate in front of me and not a starter! But having read all of the novella’s that Graham has written for this series let me tell you this man packs a full 3 course gourmet menu into one packed dish! And “No Comment” is no different!

What a #KillerHook for an opening, I was immediately grabbed and thrust right into the heart of the story: Julie Simon is being burgled but the thieves are not interested in the usual kind of haul and Julie ends up in hospital fighting for her life.

And so #TeamEvans is back but this time DI Harry Evans is firmly on the sidelines as he has been retired out of the force following the trial of his wife’s rapist. The Major Crimes Team is now headed up by DI Campbell, a DI whose practice is in direct contrast to Evans. It’s Campbell’s first case without the shadow of Evans and he has to wonder if he will infiltrate the strong loyalty that remains within the team for his predecessor. Will he also be able to maintain the success rate of Evans without resorting to his maverick ways? While Evans goes by his gut instinct, Campbell plays it strictly by the book and it is clear that the team still look to Evans for guidance. As the investigation is underway it is clear that the team still think of Evans as their “guv” feeding him snippets of the case and looking to him for advice. Evans is both flattered and frustrated by this as he can’t become officially involved unless Campbell asks him.

All the favourites are still there and in particular DC Amir Bhaki, comes to the fore in this investigation. He is kind of conflicted over the two styles of management but Evan’s influence is still clear to see. I loved Bhaki in this book! DC Lauren Phillips remains outwardly as flirtatious as ever but we all know there is a real depth to her character and she is one of my favourites next to Evans: she certainly gives Campbell his character in this novella. She is one lady not to be messed with that’s for sure! Maureen Leighton, Carlisle’s answer to The Godfather makes an appearance in No Comment and the relationship between herself and Evans is one that is bound to cause further ructions as this series grows.

The plot! Well what can I say! For such a short book it was jam-packed with everything you look for in a police procedural; twists and turns, red herrings and a race to find out the story behind the attack. This one will have you reeling as the truth is finally uncovered and there is no way that I seen that coming!

The Harry Evans series remains one of my favourites from Graham Smith and I love how each book just follows on seamlessly from the last, it really does feel like you are with the team in real-time and not just popping in once a year! “No Comment” was a fast paced, hard-hitting and compelling story all wrapped up in that delightful twistedness that is Graham Smith’s mind! Would I recommend you read this book, eh that will be a damn right I do, in fact do yourself a favour and get out and read the whole series! 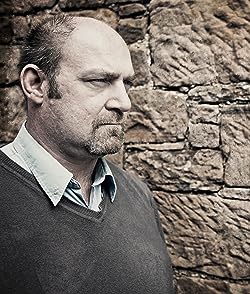 Graham Smith is the bestselling author of two explosive crime thrillers in the Jake Boulder series, Watching the Bodies and The Kindred Killers. Watching the Bodies spent over two weeks at number one in the Amazon UK chart and Amazon CA charts. Graham is also the author of the popular DI Harry Evans series and has collections of short stories and novellas.

He is the proud father of a young son. And as a time served joiner he has built bridges, houses, dug drains and slated roofs to make ends meet. Since 2000 he has been manager of a busy hotel and wedding venue near Gretna Green, Scotland.

An avid fan of crime fiction since being given one of Enid Blyton’s Famous Five books at the age of eight, he has also been a regular reviewer for the well-respected review site Crimesquad.com since 2010.
As well as reviewing for Crimesquad.com Graham has also interviewed such stellar names as David Baldacci, Jeffrey Deaver, Dennis Lehane, Lee Child, Matt Hilton, Peter James, Mark Billingham and many others.

When not working, his time is spent reading, writing and playing games with his son. He enjoys socialising and spending time with friends and family