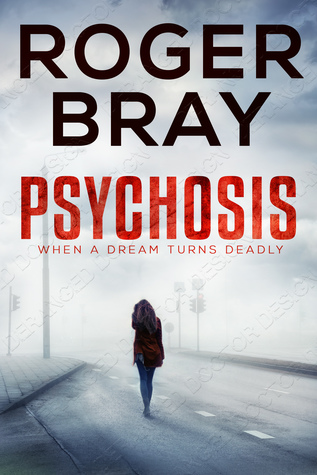 Today, I’m delighted to be taking part in the Blog Tour for Roger Bray’s “Psychosis” Thanks to Anne at randomthingsthroughmyletterbox and the author for the ARC for review.

On a cold, misty night in Eugene, Oregon Hazel Reed disappears from outside her ex-husband’s home. Hazel is stunningly beautiful, intelligent and unfaithful. When Hazel disappears, the police are convinced that her husband, Alex, has killed her.
Three years after his conviction for murder, Alex and his sister, Alice, are devastated when their last appeal is rejected by the courts. With nowhere left to turn, Alice must start to put her life back together.

Living in limbo herself, Alice has a chance encounter with Steve, an ex-solider turned PI who offers to look at the case files. Steve is convinced that the prosecution’s case is shaky at best, but can he find out the truth before it’s too late for Alex?

Imagine being locked up for a crime you did not commit and when that crime involved the murder of your wife? Imagine the pain you would feel. That’s exactly what happened to Alex Reed when his wife, Hazel, disappeared one night never to return. Without a body the police were convinced that he had murdered his wife and he was incarcerated for life. Psychosis tells the chilling story of his sister’s quest to clear his name and to find out what exactly happened to Hazel Reed.

Psychosis is not a gruesome thriller nor is it a fast paced, in your face read. Rather it is an intensive investigation into the case by Alice, Alex’s sister and ex-soldier, turned Private Investigator, Steve. Alice meets Steve by chance when she feels she has reached the end of the road, every appeal lodged has failed and both Alex and Alice have reached the end of their tether. Their frustration, desperation is palpable and I could almost feel their weariness come off them in waves.

A slow burner of a read which provided me with lots of little clues and lots of red herrings, I almost felt as though I were part of the investigation myself at times as I tried to work out what happened to Hazel. I became completely engrossed in the read.

The book is narrated from the point of view of Alex, Alice and Steve interspersed with Hazel’s story so as a reader I was let into a few secrets as to what had happened to her. Each of the characters was written with depth and were easy to engage with. Alice has not had an easy time of it dealing with what has happened to her brother so when she comes across Steve I was delighted for her and wanted so much for him to find the answers she was looking for. Steve was a solid and dependable character, one that as a reader, I immediately put my trust in to come up with the answers.

Psychosis is an intense read which is perfect for those who want to delve right into the characters and location. It isn’t a wham bam in your face read, it is gruesome in parts but not overly so. It is one to slow down, savour and enjoy.

Psychosis is available to purchase from 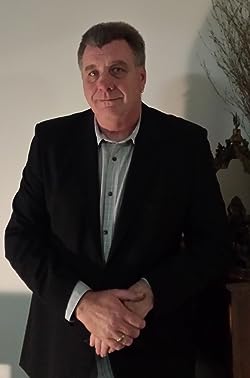 I have always loved writing; putting words onto a page and bringing characters to life. I can almost feel myself becoming immersed into their lives, living with their fears and triumphs. Thus, my writing process becomes an endless series of questions. What would she or he do, how would they react, is this in keeping with their character? Strange as it sounds, I don’t like leaving characters in cliffhanging situations without giving them an ending, whichever way it develops.
My life to date is what compels me to seek a just outcome, the good will overcome and the bad will be punished. More though, I tend to see my characters as everyday people in extraordinary circumstances, but in which we may all find our selves if the planets align wrongly or for whatever reason you might consider.

Of course, most novels are autobiographical in some way. You must draw on your own experiences of life and from events you have experienced to get the inspiration. My life has been an endless adventure. Serving in the Navy, fighting in wars, serving as a Police officer and the experiences each one of those have brought have all drawn me to this point, but it was a downside to my police service that was the catalyst for my writing.

Medically retired after being seriously injured while protecting a woman in a domestic violence situation I then experienced the other side of life. Depression and rejection. Giving truth to the oft said saying that when one door closes another opens I pulled myself up and enrolled in college gaining bachelor and master degrees, for my own development rather than any professional need. The process of learning, of getting words down onto the page again relit my passion for writing in a way that I hadn’t felt since high school.

So here we are, two books published and another on track.

Where it will take me I have no idea but I am going to enjoy getting there and if my writing can bring some small pleasure into people’s lives along the way, then I consider that I will have succeeded in life.