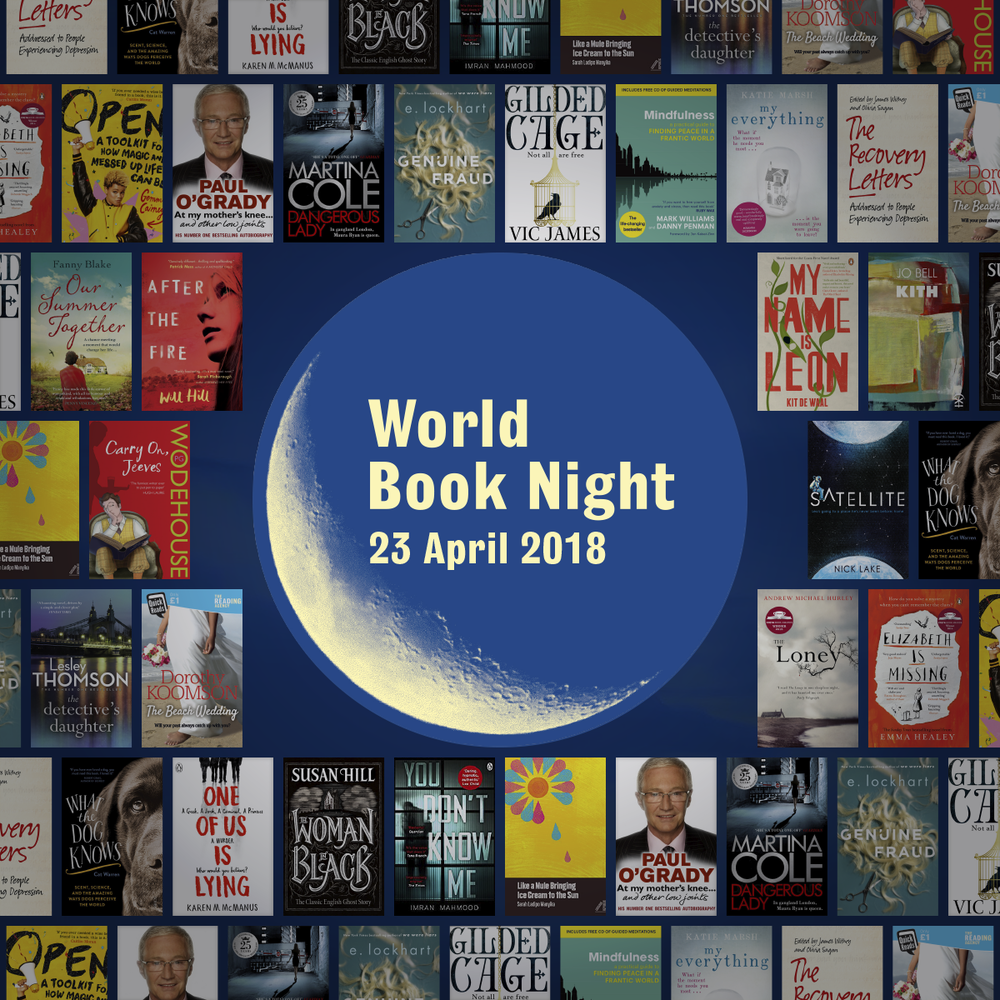 I was delighted that our local library was celebrating #WorldBookNight with one of Scotland’s top crime writers, Craig Robertson talking about his books!

Craig was in conversation with EDLC Development Fiona talking about his novels and his writing process. Fiona last seen Craig, in a somewhat different role, as a backing singer to the Fun Lovin’ Crime Writers at the Aye Write Book Festival, a role Craig said was encouraged by copious amounts of alcohol!

Prior to becoming a writer Craig spent twenty years as a journalist for a Scottish Sunday newspaper and interviewed three recent prime ministers and reported on major stories including 9/11, the Dunblane school massacre, the Omagh car bombing, and the disappearance of Madeleine McCann. He recognised that while those were difficult stories to cover, it was much tougher for those whom he interviewed and felt very much that there was a responsibility on him to do the right thing when interviewing those affected by tragedies. He also pointed out the vast differences in stories he covered from MBT Trainers in Aberdeen to interviewing a prisoner on Death Row in Ohio!

As a journalist many of his skills were transferable e.g. writing daily and meeting deadlines so the transition to full-time writer was not too difficult. This along with the life experience and meeting individuals from all walks of life very much serves as a great apprenticeship for a writer!

With eight novels under his belt, Craig readily admitted that he definitely would never win Mastermind with his own books as a specialist subject as it becomes increasingly difficult to keep track of the plot lines as the series develops. Seven of his books are based in Glasgow and feature DI Rachel Narey and photographer, Tony Winter and he has one standalone, The Last Refuge which is based in the Faroe Islands. He talked about the challenges of writing about a place that he didn’t know and the expense of travelling there for research. He described that sudden moment of clarity when standing in the pouring rain, it suddenly dawned on him that he could have based his book in Las Vegas or the Maldives and had a much warmer research experience! However, this did not put him off the location and he has ideas for three further novels set in the Faroe Islands…watch this space!

Craig also talked about his writing process and describes himself very much as a plotter and even more so since meeting his wife, fellow crime writer, Alexandra Sokoloff who is very much a plotter. He feels that without a level of plotting it is very easy for writers to “write themselves into a corner” and tie themselves up in knots!

Craig then treated the audience to a reading from “Murderabilia” which reminded me of just how bloody good that book was! This got us onto the subject of research and specifically the research he carried out for this book! Let’s just say, he has a few interesting pieces in his collection!

Does Craig get bothered by negative reviews of his books? No, he only checks them every couple of hours! But, seriously he did say that reviews will not change the book and everyone experiences a book differently and what works for one reader might not work for another.

He did encourage the audience to attend book festivals if they can! He dismissed the misconception that they are “dry dusty events” and are actually a lot of fun, very different from what people imagine and offer way much more than simply sitting listening to authors talk about their books! Craig is involved in organising Bloody Scotland and was “coerced” into setting up the newest Scottish crime writing festival in Bute, #ButeNoir by the lovely Karen Latto of the island’s bookshop Print Point! If you haven’t been to either of these festivals then get yourself along there this year, you will NOT be disappointed!

All too soon the night came to a close, it really was a fascinating insight into the man behind the books and his writing journey. If you ever get the chance to hear Craig speak at an event then I’d highly recommend it, it was over way too soon! A great way to spend a Monday night!

Craig’s books are available to buy at all good bookstores and via Amazon: