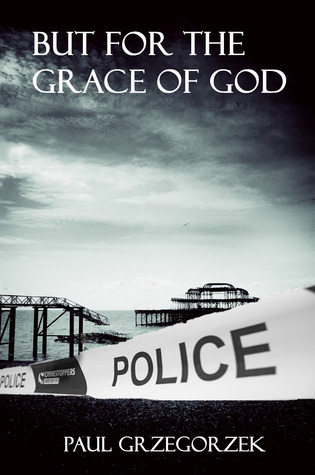 This one has been languishing on my TBR pile since I bought it over a year ago! I picked it up at lunchtime today and read it until I finished it!

So before I tell you what I think, here’s what it says on the book cover:

Life is about choices, those already made and those yet to come.

For John Cooper, more than most, this is especially true. Lost, hopeless and alone, he drifts through the Brighton underworld, a slave to his heroin habit and all but forgetting the man he used to be as he succumbs, dose by dose, to the drug that is both sustaining and killing him.

The only people of import in his life are Mandy, a 16-year-old prostitute who he cares for like a daughter, and Phil, mid-thirties and suffering from autism, a fact that many of the local drug dealers use to their advantage as they get him to ferry drugs all over the city.

When Phil dies of a suspected overdose, however, John’s long-buried instincts begin to rise to the surface. Knowing that his friend would never use drugs, he begins to investigate what he knows is a murder when the police fail to show any interest.

Unwittingly, John plunges himself and everyone around him into a murky world of drugs, violence and betrayal, all the while struggling against the addiction that consumes him.

Well that was a whirlwind of a read! I picked this up at lunchtime today and was completely immersed in it until I turned the very last page!

John Cooper is a man who had it all and somehow he spectacularly lost it all and became caught up in the deadly underworld of addiction. His only two friends are a 16-year-old prostitute and Phil, a vulnerable man who is being used as drug runner by the local dealers. When Phil turns up dead John knows this was no accident and he is determined to shun his lifestyle to seek justice for his friend but can he redeem himself or will the pull of his addiction prove too much?

Set in Brighton, “But For The Grace of God” immediately pulls you into the depths of heroin addiction and the grim reality that is the life of many. It isn’t glamorous, hip or trendy, instead it shows the very real impact that this drug has on the lives of those addicted to it, no matter what their background. It is a harsh and grim opening but one that hooked me right in.

Realistic narrative, fantastic characterisation and a very real sense of place combined to make this a hard-hitting and authentic police procedural. It is clear that the author knows what he is talking about and this shines through throughout the book.

Despite his failings, it is impossible not to fall a little in love with John Cooper. When he discovers Phil is dead this is when we begin to learn his real story, who the real John Cooper is and just what led him to where he is now. He is determined to pull himself back up from the gutter but that very real conflict an addict faces on a daily basis was accurately portrayed throughout. Not going to lie, I was rooting for him all the way! Of course, we also meet a number of other characters, some of whom are not very nice guys at all! The author certainly shows a much darker side of Brighton than the one we usually see portrayed and we come across some folks you would not want to be bumping into down a dark alleyway! I don’t want to say too much for fear of giving away spoilers but John does come across an old face from the past, Hannah, and I really liked her character. She was exactly what John needed in his life, not one for soft soaping or mollycoddling him, Hannah was well up for giving him the kick up the ass he needed to straighten himself out!

A tense and dark read which will transport you to the darker side of Brighton while giving you a glimpse of the seaside town that we all know and love, “But for the Grace of God” was an exceptional read with a strong plot and well-developed characters that will keep you turning the pages until the very end!

But for the Grace of God” is available to purchase from: