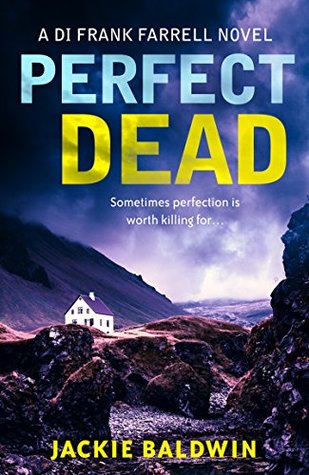 I read and reviewed Jackie Baldwin’s first book in the Frank Farrell series a while back and I have been patiently waiting for this one to be published! So, a huge thanks to Kelly over at Lovebooksgroup for inviting me onto the blog tour for #PerfectDead and to the publisher and author for the ARC for review.

Alongside Anne Bonny Book Reviews and My Chestnut Reading Tree I am delighted to be closing down the tour today!

Sometimes perfection is worth killing for…

The second gripping crime novel in an exciting new series. Ex-priest DI Frank Farrell finds himself on the trail of a vicious killer in rural Scotland. Perfect for fans of Stuart MacBride, James Oswald and Val McDermid.

Each murder brings him one step closer to the perfect death.

Ex-priest DI Farrell is called on to investigate a gruesome death in rural Scotland. All evidence points to suicide, except for one loose end: every light in the cottage was switched off. Why would he kill himself in the dark?

The question sparks a murder investigation that leads to the mysterious Ivy House, home of ‘The Collective’, a sinister commune of artists who will do anything to keep their twisted secrets hidden.

And when the remains of a young girl are uncovered on a barren stretch of coastline, Farrell realises that there is something rotten in this tight-knit community. Now he must track down a ruthless killer before another person dies, this time much closer to home…

Oh Jackie Baldwin, what a #killerhook of a prologue! Nice one! Immediately I was drawn in and immersed in the book!  What intrigue: a cult, a suicide and the discovery of a body all combined to make this one a read I just wanted to settle down and lose myself in!

Kicking off in 2009 I was immediately caught up in the escape of a young girl from an artist’s commune, where the implication is that there is much more than painting taking place behind the four walls! I was then catapulted forward to 2013 with DI Frank Farrell attending, what is believed to be a suicide of a young man in this sleepy little town in the Scottish Borders. What connections tie them all together and will Frank Farrell join the dots before another person loses their life!

DI Farrell is a cop with a difference, an ex priest with his own demons to contend with. He’s a deep character and there is something almost haunted about him at times.  His internal conflict over policing and his Catholic beliefs is firmly entrenched in his psyche see him struggle at times with decisions and actions he has to take. Farrell’s mental health is a huge part of his character and in the last book it was brought out into the open with his colleagues. I was impressed with the author’s willingness to bring mental health out into the open and  challenging the idea that those in the forces should keep their mental health hidden. In Perfect Dead, Frank faces memories and relationships from his past and he struggles to keep himself on the level, especially when his colleague DCI Lind and his wife Laura are facing a traumatic breakup of their marriage. Frank and Laura were romantically involved before he joined the priesthood and Frank has to be cautious when he is offering support. The intensity of this relationship breakdown was palpable and I got a real sense of the struggle that Frank felt being caught up in it all.

Set just before the inception of Police Scotland, tensions are running high within the local force, all worried about their roles following the merger. Jackie Baldwin provides an accurate portrayal of the feelings and apprehension that existed at this time.

A whole host of characters, some shady and some downright creepy from the art world serve to provide little clues and red herrings as to what has actually gone on. Deceit, intrigue and mystery surrounds this sleepy little town. The author has created the sense of place perfectly in Perfect Dead; there is a real feeling of a small rural setting with the “small town” feel about the place as we are drawn deeper into the murky world of art, forgery and communes!

She paints a twisted picture of a small rural community, placing the reader at the heart of the investigation.Cleverly plotted full of twists and turns this one is an impressive read! Every time I thought I’d worked it out, the author managed to pull the rug from under my feet! My only two questions to the author are why did it take you so long to write and when is your next one out!

Perfect Dead is available to purchase from: 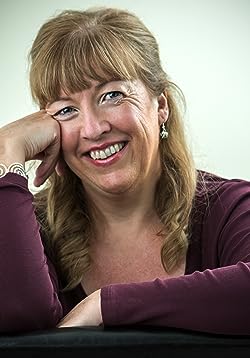 Jackie Baldwin was born in Dumfries. She studied law at Edinburgh University returning to Dumfries to practice criminal and family law for the next twenty years. During that time she married and had two children and a variety of pets. She later retrained as a hypnotherapist. Dead Man’s Prayer is her debut crime novel and is set in Dumfries. When not working or writing, Jackie can generally be found in a forest or by the beach on long muddy walks with her two Retrievers.