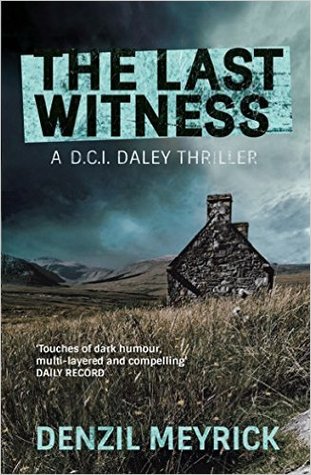 Still on my Denzil Meyrick binge in preparation for #ButeNoir I’ve just finished the second in the DI Daley series, “The Last Witness”

You can read my review of Whisky From Small Glasses here

James Machie was a man with a genius for violence, his criminal empire spreading beyond Glasgow into the UK and mainland Europe. Fortunately, James Machie is dead, assassinated in the back of a prison ambulance following his trial and conviction.

But now, five years later, he is apparently back from the grave, set on avenging himself on those who brought him down. Top of his list is his previous associate, Frank MacDougall, who unbeknownst to D.C.I. Jim Daley is living under protection on his lochside patch, the small Scottish town of Kinloch. Daley knows that, having been the key to Machie’s conviction, his old friend and colleague D.S. Scott is almost as big a target. And nothing, not even death, has ever stood in James Machie’s way.

And #BOOM straight in there with the #KillerHooks Denzil Meyrick opens up “The Last Witness” with two powerful scenes: firstly the ambush of an ambulance transporting infamous gangster, James Machie and secondly the shooting of a police informer under witness protection in Australia, five years later! Once again I was hooked!

This series is more than simply about the plot, it is as much about the cast of characters as it is about the stunning location of the fictional town of Kinloch where the books are set. Despite only being the second book in the series, there was a real feeling of familiarity with the characters from the first time around. With Glasgow born Jim Daley settling into his new role as DCI in Kinloch and joined once again by his sidekick DS Brian Scott. Scott is a brilliant character to read,  his black gallows humour is given extra flavour with the addition of authentic Glaswegian dialogue. He cracks me up and the relationship between him and Daley is gold! Superintendent John Donald also rears his arrogant head in this one and just reinforced my dislike of the man! Daley’s wife, Liz, has now given up city life to be with “her man” but is she about to drop some new bombshells into his life or are they going to live out happily ever after? A real sense of community has been created by the writer and it is impossible not to find yourself on the streets of Kinloch as you read this, from the residents who know everything that is going on to the local pub which is the hub of the community. Kinloch is based on Campbeltown and reading this series really makes the streets come alive! Despite living in Scotland, I have never visited Campbeltown and it is now on my bucket list to visit!

Aside from the main plot of the gangster who appears to have risen from the dead, there are a number of subplots running alongside. We have corruption; smuggling and revenge.

Once again Denzil Meyrick has nailed it. He totally gets the balance between dark and humour perfectly. The one-liners used with Superintendent Donald are pure Glaswegian class! You might be able to take the boy out of Glasgow but you will never take Glasgow out the boy. Short sharp bursts of narrative towards the end give that feeling of a frenzied game of ping-pong going on in your head as the tension builds for this dramatic ending. Denzil Meyrick certainly knows how to play his readers to the point that their heart is racing. I was reading so fast that I had to go back a few times to re-read. An explosive ending that leaves you ready to dive straight into the next in the series. Don’t miss it!

If you want to catch Denzil at this year’s Bute Noir festival pop over to their Facebook page to check out the programme.

You can buy the books over at 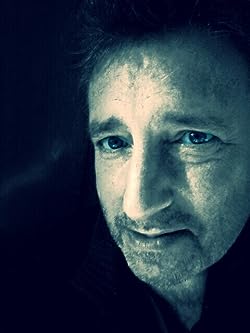 Denzil Meyrick was educated in Argyll, then after studying politics, joined Strathclyde Police, serving in Glasgow. After being injured and developing back problems, he entered the business world and has operated in many diverse roles, including director of a large engineering company and distillery manager, as well as owning a number of his own companies, such as a public bar and sales and marketing company. D. A. Meyrick has also worked as a freelance journalist in both print and on radio. His first novel, Whisky from Small Glasses, was published by Ringwood in 2012.