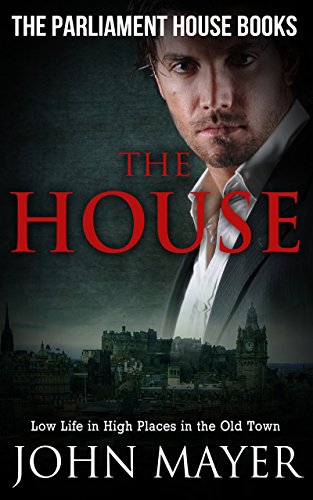 I was delighted when John Mayer asked me to review the latest in his Brogan McLane series. This series is a unique and in-depth look at life in Parliament House and beyond to the life of Brogan McLane who inhabits two worlds. One is the rarified world of Parliament House in Edinburgh, while his other world is in Glasgow where he frequents the Calton Bar.

A maverick lawyer. A grudge from the past. Can Brogan McLane stop an obsessive zealot from burning his community to the ground?

Baron Brogan McLane is a tenacious and well-respected lawyer in Scotland’s highest court. But McLane has never forgotten his humble origins – the rough and tumble streets of the Calton neighborhood, in Glasgow. When his old stomping grounds are threatened by a sinister politician, McLane takes on the biggest case of his life. But he soon ﬁnds himself fighting a losing battle against city hall itself…

Peeling back the layers of corruption, McLane uncovers a political conspiracy fueled by religious intolerance, and an enemy with a very personal axe to grind. William Randal, the Chief Executive of Glasgow City Council, despises McLane, and everything he stands for. This secretive Freemason plans to use a lucrative construction project to wipe out the community of Calton, and send its Catholic residents back to the bogs of Ireland…

Under the guise of a public health crisis, Randal begins burning Old Calton Center to the ground. Out of options and out of time, McLane mounts a desperate attempt to block Randal’s plans in court. Sifting through a web of rumors and lies, he stumbles upon a secret hidden in Calton’s dark and storied past. But will an old scandal be enough to shine the light of justice on Randal and his investors? Can McLane give hope back to the beleaguered residents of Calton?

The House is a standalone novel in the addictive Parliament House Scottish crime series. If you like crusading lawyers, diabolical mysteries, and the search for justice, you’ll love this gripping legal thriller.

Can Scotland’s most determined lawyer stop his old neighborhood from going up in ﬂames? Read The House and ﬁnd out today.

The Calton is being demolished and the residents are pinning all their hopes on one of their ain to save them. Baron Brogan McLane has never let them down before but their fears rise when he doesn’t show up to the meeting as arranged

The House is about community, about spirit and the core of the working class community that is the Calton in the east end of Glasgow. Brogan is their boy done good, Risen out of poverty to one of the top positions in Scottish law. His reputation is fearsome and this is a man not ashamed of his roots or to use the language of his people to make his points in law. At times the narrative is heavily laden with description and procedure but it doesn’t detract from the story or the main protagonist Brogan McLane.

Despite his rise to the echelons of law, he is still at heart a man of his community. Religious beliefs, sectarianism, revenge and corruption and long-held secret rituals of the Orange Order are expertly explored in the novel.

We follow Brogan’s acceptance into the House of Lords as he reflects back on the life that led him to where he is now. His life with wife Joanne and their adopted daughter, Ababuo is explored and for those who haven’t read the rest of the series there is enough information to provide you with the back story. I would however recommend reading at least a couple of the books at the start of the series which explain Brogan’s journey from a young man growing up in the Calton.

The House is a dark journey into the very heart of our governing bodies and the impact of one man who refuses to be cowed by their power. An intricately plotted novel which will appeal to those with an interest in the law and social commentary.  Brogan McLane is a well-rounded character whose strong community roots shine through no matter how far up the career tree he climbs. An absorbing and engaging read.

The House is available for purchase: