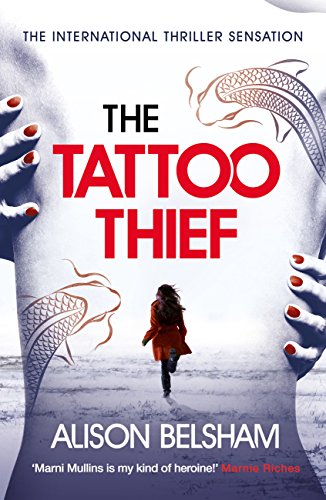 I’m delighted to be sharing my review of Alison Belsham’s debut novel, The Tattoo Thief. It is easy to see why this was the winning entry of Pitch Perfect at Bloody Scotland in 2016!

When Brighton tattoo artist Marni Mullins discovers a flayed body, newly promoted DI Francis Sullivan needs her help. There’s a serial killer at large, slicing tattoos from his victims’ bodies while they’re still alive. Marni knows the tattooing world like the back of her hand but has her own reasons to distrust the police. So when she identifies the killer’s next target, will she tell Sullivan or go after the Tattoo Thief alone?

Well, that’s one way to kick off a book! We are talking tattoo removal with not a laser in sight! The Tattoo Thief brings a whole new method to the removal of body art! Moving swiftly onto a tattoo convention in Brighton and this book has got all my synapses snapping!

The Tattoo Thief is the police investigation into a brutal killer with a unique fascination. The killer is tracking down tattoo fans and killing them slowly for their skin! Enter newly promoted DI Francis Sullivan who finds himself in a race against time while having to prove his worth to his superiors as well as his team.

Sullivan is an intriguing character, intensely religious with a family burden lying heavy on his shoulders. Slightly pious and standoffish to begin with, I began to warm to him as the author drew out his character and by the end, I was shouting for more! His DS Rory MacKay was passed over for promotion and he clearly resents Sullivan for this and boy was he a snaky little snake at times! Yet the two of them kind of worked well together in a twisted sort of way!

Marni Mullins was by far my favourite character in the novel, a tattoo artist with an impetuous and arrogant French ex-husband and a past that causes her to lack any trust in the police. So when she gets caught up in the investigation it was interesting to watch how her relationship with Sullivan developed.

Interspersed with the Tattoo Thief’s narrative gave the novel that chilling element that kept me on my toes; clues dropped and snatched back before being dropped again, this one keeps you guessing all the way through.

Set in Brighton and the narrow little lanes and alternative culture it was the perfect setting for the story. It is hard to think of any other detective other than Peter James’ Roy Grace policing the streets of Brighton but I think that Alison Belsham has brought in an excellent alternative. Now you can imagine both of them bumping into each other in the midst of an investigation! There was also reference given to the stigma still attached by some, to the subject of body art and it was interesting to watch this play out.

This is a macabre debut from the author and definitely one that has piqued my interest in the latest DI in my life! If you like your crime fiction dark, bloody and twisted then I think The Tattoo Thief will be right up your street!

The Tattoo Thief is available to purchase from:

Alison is also appearing at Bloody Scotland this year on the Crime That Goes Bump in the Night panel. Tickets are available here 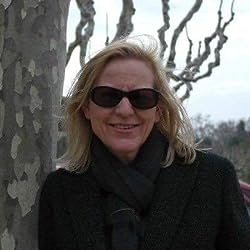 Alison Belsham initially started writing with the ambition of becoming a screenwriter-and in 2000 was commended for her visual storytelling in the Orange Prize for Screenwriting. In 2001 she was shortlisted in a BBC Drama Writer competition. Life and children intervened but, switching to fiction, in 2009 her novel Domino was selected for the prestigious Adventures in Fiction mentoring scheme. In 2016 she pitched her first crime novel, The Tattoo Thief, at the Pitch Perfect event at the Bloody Scotland Crime Writing Festival and was judged the winner. After signing with agent Jenny Brown, The Tattoo Thief was bought by Trapeze books and published in May 2018.