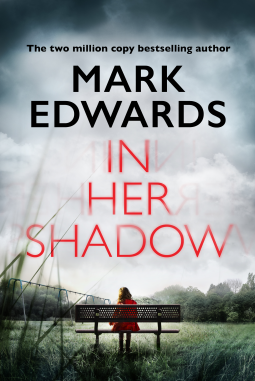 I was delighted to receive an ARC of “In Her Shadow” by Mark Edwards from Netgalley.

For four years Jessica has never doubted that her sister Isabel’s death was an accident. But when Jessica’s young daughter seems to know long-forgotten details about her aunt’s past, Jessica can’t shake the feeling that there’s a more sinister truth behind the tragedy.

As Jessica unearths disturbing revelations about her sister, and about the people she loved and trusted most, it becomes clear Isabel’s life was less than perfect and that Jessica’s might also be at risk.

Did someone murder Isabel? Are they now after Jessica and her family? The key seems to lie in the hands of a child. Can Isabel reveal the truth from beyond the grave, or is the answer closer to home?

Mark Edwards has this remarkable talent for taking ordinary people and turning their lives and experiences into something extraordinary and “In Her Shadow” is no exception to this rule.

A creepy tale that had me having to turn the light on in the middle of the night and sent my dreams into meltdown mode! There’s something extra creepy when children are involved in tales that reach beyond the grave and I had a real feeling that this book would translate so well onto the big screen just in time for Halloween!

At times, I struggled a little with the read, it isn’t a criticism of the writing. As with all of Mark Edwards books this was very well written and plotted out, I just felt for a while in the middle it dragged a little for me before picking up speed and hurtling me towards a brilliantly twisted conclusion.

Highly topical, as well as tackling otherworldly experiences, Edwards also covers the issue of abuse and rape in the film and media industries and does so extremely well and authentically. A whole host of clues and hints are given, snatched away and dropped in your lap again! Although I finally did work out the gist of what was going on, I was not without my Cluedo looking-glass to get there!

Another fantastic and intriguing psychological thriller from one of the best authors in the genre. Perfectly spooky and delightfully chilling this one will have you shivering with fear!

“In Her Shadow” is available to purchase from: 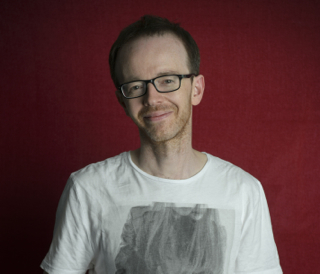 I write psychological thrillers. My influences include writers such as Stephen King, Ira Levin, Ruth Rendell, Ian McEwan, Val McDermid and Donna Tartt and movies like Rosemary’s Baby, Single White Female, Fatal Attraction and anything in which scary things happen to ordinary people.

I love hearing from readers and always respond. I can be contacted in the following ways:
Email: markcity@me.com
Twitter @mredwards
Facebook: www.facebook.com/markedwardsbooks

You can download a free box set of ‘Short Sharp Shockers’ by visiting www.markedwardsauthor.com/free

THE MAGPIES (2013) and BECAUSE SHE LOVES ME (2014) topped the Kindle chart in the UK, as did FOLLOW YOU HOME (2015) which also was a top five bestseller in the US, and THE DEVIL’S WORK (2016). My other solo novel is WHAT YOU WISH FOR (2014) and I have one short story, KISSING GAMES, available on Amazon. My new psychological thriller, THE LUCKY ONES, will be published in June 2017.

After a career that has taken in everything from answering complaint calls for a rail company to teaching English in Japan and being a marketing director, I now write full-time.

I live in the West Midlands, England, with my wife, our three children, a ginger cat and a golden retriever.