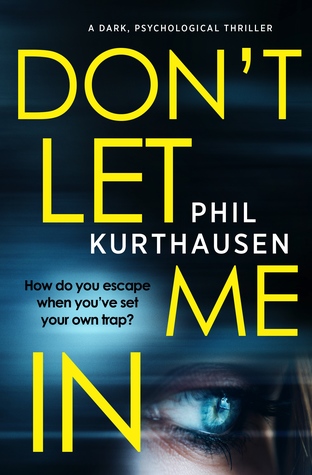 Thanks to Bloodhound Books for inviting me on to the blog blitz for “Don’t Let Me In” from Phil Kurthausen.

From behind the locked door of her home, Sarah broadcasts her popular podcast. When she starts to seek the truth about the murder of a teenage girl 12 years earlier, she soon finds herself the centre of unwanted attention.

While trying to manage her agoraphobia, as well as the online trolls and her family life, Sarah begins to uncover some uncomfortable facts relating to the cold case.

As she edges closer to accusing someone of the murder, the online threats soon become physical and as the outside world draws closer and closer to her front door threatening her home, her family and her life, Sarah must decide between fight or flight…

When I read the blurb for “Don’t Let Me In” I was immediately intrigued by the premise of the novel. Something about it just grabbed me, I loved the idea of the podcast having read other novels based on this kind of narrative and the protagonist, Sarah, and the case she was working on all hooked me immediately! Sarah is an investigative journalist with a real interest in miscarriages of justice. She has become embroiled in the case of a murder that took place twelve years earlier and the boy, Khalil, who was charged and imprisoned. Khalil’s family have approached her to investigate further and while she never claims to be the saviour who will free him she is more than happy to poke about and unearth evidence that the police may have missed.

Sarah is a complex character and this struck me immediately; her agoraphobia and her level of paranoia hinted at a dark secret in her past and I wanted to know what it was! A journalist who has locked herself away from the outside world she is investigating the death of a young girl twelve years earlier. Was there a miscarriage of justice? And are her investigations going to unlock a nightmare of her own?

Immediately we are confronted with evidence of trolling and some hints that Sarah is hiding from something or someone. The scene where her cat enters the basement with a dead bird in its mouth…the doors are always locked in her house! This totally freaked me out, this tension building was fantastic and I was compelled to read on to find out what was going on!

I loved the topical nature of the novel; that concept of a whole life and persona being created online; those perfect #Insta snaps hiding what is really going on. It really explored the whole notion of people creating a life, a spin to hide the, often very different reality.

As I said, Sarah is a complex character, she is actually quite unlikeable if I am to be brutally honest. But this novel was cleverly plotted and executed that I found myself completely drawn into Sarah’s life. She is a sharp character with some real jaggy edges,  but there was something about her that engaged me.  Perhaps it was her idiot of a husband, Henry, who irritated me so much I could have happily punched him. Through Sarah’s character we are able to explore mental illness, impact of trauma, the online narrative that is at the centre of modern day life and its nasty side of trolling and abuse. This is definitely a character-driven novel and for me, the plots actually faded somewhat into the background as I became fully immersed in the lives of Sarah and the other characters. Sarah has very few “real life” relationships other than with her husband and son, her boss Cathy and Khalil’s brother Mo, she spends most of her life with online “friends” and trolls. Her panic at leaving the house or the outside world making its way into her life is tangible throughout and I actually found myself reading without breathing at times!

Two storylines marry together in perfect harmony; Sarah’s investigation into Lauren’s death and Khalil’s conviction along with Sarah’s own secret, just what has happened to her to cause her to shun the outside world? To barricade herself in her own home? Add to the union the topical issue of online trolling and this whole life lived on social media phenomenon then we have a perfect partnership. The exploration of trolling was extremely disturbing and I wish I could say it was exaggerated but I know that it wasn’t. It was a real eye-opener into what online living can really lead to.

Don’t Let Me In is available to purchase from: 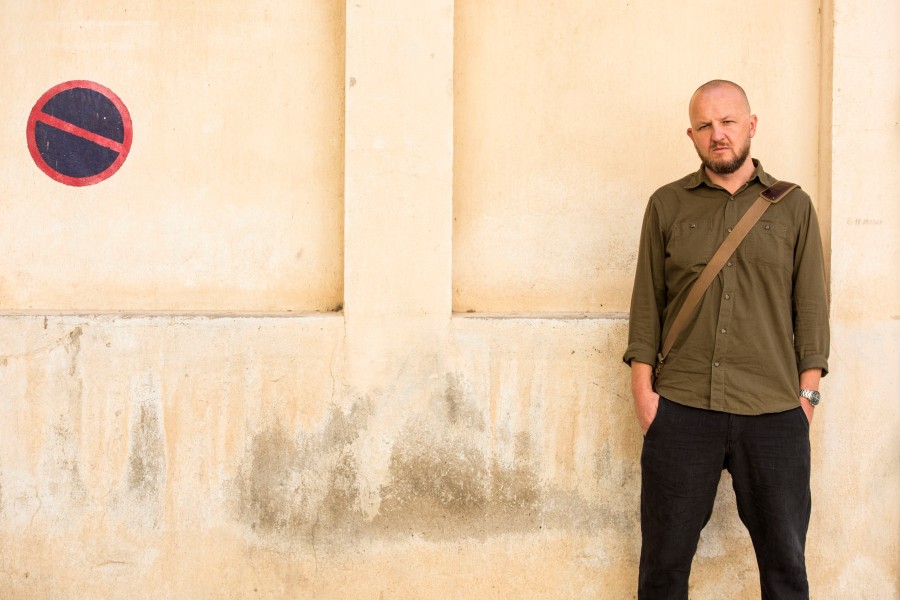 Phil Kurthausen is the best selling author of the Erasmus Jones series of novels and the terrifying new psychological thriller, Don’t let me in.

He has travelled the world working as a flower salesman, a lawyer and, though scared of heights, helped to paint Sydney Harbour Bridge. Ken Dodd once put him in a headlock for being annoying. He currently lives with his wife in Barcelona

​He has published award-nominated short stories and his novel ‘The Silent Pool’ won the Thriller Round in the Harper Collins People’s Novelist Competition broadcast on ITV in November 2011 and he later appeared in the final. The Silent Pool was shortlisted for the Dundee International Literary Prize in 2012 and the second novel in the Erasmus Jones series, Sudden Death was a commercial and critical success. He has broadcast short works on BBC Radio 4 extra and written TV and Film screenplays.