This post features the wonderfully talented Mark Leggatt, author of the Connor Montrose series, Names of the Dead; The London Cage and The Silk Road.

It was the first time that I had heard my father sing. I reached down and held on to my wee sister’s nightie as she clambered onto the bunker and stuck her head over the window ledge, straining to see our father and the other soldiers in the dark blue evening sky, their shirt collars open, tunic buttons undone, dandering down the Lochee High Street.

Tenement windows pushed up on either side, and old biddies in their nightclothes leaned out to hear Jamie McGarry sing. A warm west wind lifted the mill stack smoke into the air towards Dundee, and the late sun shone through the gas lamps and gleamed off their foreheads, wet with whisky sweat, not the rain of Ypres. More faces appeared at the windows, auld men in their simmets, or bleary-eyed bairns gazing down at their neighbours.

My father’s baritone lifted high into the air, and the last words of ‘Ae Fond Kiss’ slipped away down the soot streaked walls and into the dark closes. And then they started to clap their hands. A few croaky voices shouted their appreciation from the top floor of the tenements. No-one had thought they would hear Jamie McGarry sing again.

His mates from the 51st, the hackles on their Tam O’Shanters askew, slapped his back as he headed for our close, a wee bit unsteady on his feet, where the whisky had taken its toll. He looked up and caught my eye, and smiled his lopsided smile, then disappeared into our close.

I shooed my wee sister to bed, and listened for his boots on the stair. My mother would be home from the mill in the early morning, and would laugh at the thought of my father singing on the High Street, and feigning to be mortified, but would know that the other women in the close would hug her for it, and forever bring it up when they needed to smile.

He could almost see their lips move amongst the roar of the bobbins on the spinning frame.

She would hear about it in the morning, when the kettlebilers awoke to make breakfast for their wives. I looked up to the mantelpiece, where the clock used to be, and to the spaces on the shelves where my father’s books had lain. The array of classics, that he used to read aloud to us, huddled around the fire. Every year, more gaps would appear between the books, when someone needed clothes. We knew which book it would be, when my father would sit down on the Saturday night and read it cover to cover, even though we had long fell asleep at his feet. I stayed awake until the end, my head bobbing and then helped him carry the bairns to bed. Then my father would make us tea, and we would talk until the morning when my mother would come home from the mill. Next day, when I awoke, my father would be away into Dundee, and there would be another space on the shelf, but warm clothes for the bairns, and food on the table.

My father came into the parlour and held me tight. “Away to your bed, son. I’ll have a kip and wait on your mother.” He kissed me, then sat down in his chair, straightened his legs and folded his arms across his chest. He was snoring before my head hit the pillow.

My mother found him in the morning, in his chair, his boots still on, his face calm and his arms folded, just as they had been when his heart had came to rest.

The next day, when the mud of Ypres had been cleaned from his boots, and the leather burnished to a sheen, they carried him from the close, and they leaned out the window once more, and sang ‘Ae Fond Kiss’, as they bore him down the High Street to the chapel.

My mother looked out, a borrowed lace shawl around her, her hair pinned up and her face white and still. Then I saw her shudder as they stopped his coffin and covered it with a Union flag. She began to breathe hard, but said nothing.

The other women from Cork and Kerry, and their Lochee neighbours looked up at the window. My mother turned away.

A Sergeant of the Black Watch filled the doorway. My mother stood before him, then leaned down and picked a bit of lint from his kilt. The Sergeant’s eyes were red and wet. She placed a hand on his cheek like she had when he was a bairn. “C’mon, Kenny,” she said. “Let us put him to peace.”

I stood in my work suit before the peat fire, and took the unopened brown envelope from the mantelpiece. It was addressed to me. I looked down at my father’s Tam O’Shanter in my hands, then dropped the envelope on the fire. I watched it burn.

I turned and held out the Tam O’Shanter to the Sergeant. “Bury it with him, Kenny. I’ll not wear it. I won’t fight for that flag.”

Thank you, Mark, I’m not going to lie, that made me cry a little reading that. I’d love to know what you all think? 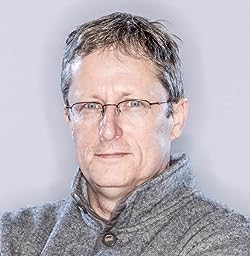 Mark Leggatt was born in Lochee, Dundee and lives in Edinburgh. A former specialist in Disaster Recovery for oil companies and global banks, his career has taken him around Europe, especially Paris, where he lived for a number of years. History and modern global conspiracy lie at the heart of his work and are the backdrop for the adventures of CIA technician Connor Montrose. Leggatt is a member of the Crime Writers Association in the UK, and the International Thriller Writers in the USA.

Mark’s books can be purchased via this link and are also available in all good bookstores!