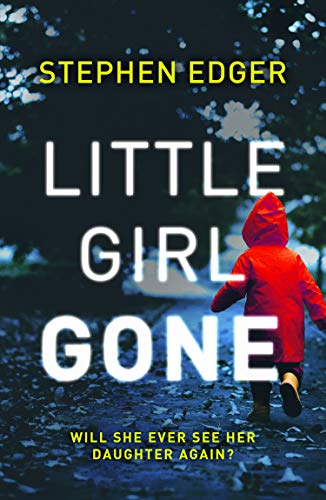 Thanks to Netgalley, the author and the publisher for the advanced review copy of #LittleGirlGone by Stephen Edger

What the official blurb says:

A tense psychological thriller that will keep you on the edge of your seat!

Will she ever see her daughter again?

It’s every parent’s worst nightmare. Alex Granger only turned her back for a moment – but a moment was all it took for her world to be destroyed. Her two-year-old daughter Carol-Anne has vanished, seemingly into thin air.

Alex’s husband Ray is a detective, so he’s used to dealing with horrific cases. But nothing could have prepared him for this. Forced to watch from the sidelines, he is forced to confront the fact that he might never see his daughter again.

With no suspects, no DNA evidence and no promising leads, the investigation starts to stall. Then Alex receives a note, telling her exactly what to do if she wants to see her daughter again… And Alex must ask herself, is she really prepared to do anything to save her child?

Every parent’s worse nightmare is about to come true in the latest psychological thriller by Stephen Edger. Alex Granger turns her back for just two minutes and when she looks back her two-year-old daughter has disappeared. Snatched in broad daylight from her car in a deserted car park, in a car that Alex is sure she has locked. Will her husband, Detective Ray Granger, offer her the support she needs or will he start to suspect that she has caused harm to their child?

Well, what a twisted rollercoaster ride of a read that was! Plenty of little clues and red herrings to keep all armchair detectives satisfied as the hunt for two-year-old Carol Anne gets underway. As a parent, it was easy to find myself thinking about the plot from Alex’s point of view, how many times have we all just looked away for a minute? But there was something about her that irritated me too.  I didn’t blame her for what had happened, I just found it very difficult to like her as an individual. And as for that husband of hers, well, maybe he was the one who caused her all the mental anguish in the first place! I really wanted to give him what for! But, I’ve said it before, I don’t have to like characters, they just have to provoke a reaction in me and these two certainly did! I swung from pity to empathy to irritation towards them both but I think out of both of them Ray definitely would have got the sharp end of my tongue had I met him! There are scenes describing Alex’s mental instability which causes you to really start to wonder if she has been telling the truth all along. A number of suspects are dangled in front of you and some of them are extremely surprising but even as the book went on, the twists and turns kept on coming all the way through.

This book was part police procedural, part psychological thriller and despite my misgivings about the couple, I’d really like to see them feature again as the way the story was left there is a potential for more to come from them. Revenge, betrayal and loss all feature in this tightly plotted and terrifically twisted read! Did they find their daughter, do they all live happily ever after – well I guess you will just need to go and read it to find out! 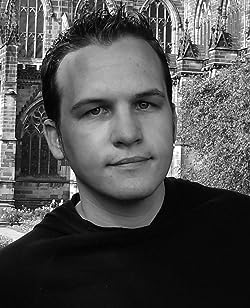 Stephen Edger is a British crime writer, who has been writing since 2010. In that time he has written and published more than a dozen novels, and five short stories. He writes mysteries and thrillers focused on crime.

Stephen was born in the north-east of England, grew up in London, but has lived in Southampton since attending university in the year 2000. Stephen works in the financial industry, and uses his insider knowledge to create the plots of his books. He also has a law degree, which gives him a good understanding of the inner workings of the UK justice system.

Stephen is married, and has two children, and two dogs. He is passionate about reading and writing, and cites Simon Kernick and John Grisham as major influences on his writing style.