I won a personally signed copy of this novel in a Facebook competition late last year. My only regret is leaving it so long before reading it!

She thought he’d come to save her. She was wrong.

Deborah Jenkins pulls her coat around her as she sets out on her short walk home in the pouring rain. But she never makes it home that night. And she is never seen again …

Four years later, an abandoned baby girl is found wrapped in dirty rags on a doorstep. An anonymous phone call urges the police to run a DNA test on the baby. But nobody is prepared for the results.

Step inside the mind of a deranged and twisted kidnapper who, four years ago, kidnapped young mother Deborah Jenkins but beware the journey inside of his head is going to leave you feeling a little bit chilled! Actually scrub that it’s going to leave your heart pounding and your hands shaking!

DI Gina Harte, a strong and determined protagonist has her own demons from her past to face as she is thrown into the investigation. Her daughter Hannah is angry at her devotion to her job and her unwillingness to arrange a memorial service for her late father. As Gina’s story unfolds we find out her reasons for this.

Gina was one of those characters that I immediately connected with, she was believable. I felt for her as the pull of the job and her desire to gain justice for victims meant that she had to let her daughter, Hannah down at the last minute which also meant missing out on seeing her granddaughter, Gracie. I could really feel her emotional dilemma at this. But, Hannah, I wanted to slap, the way she spoke to her mum. I got that she was upset at Gina not wanting to take part in the memorial service for her father but she could have dug a little deeper. She is a grown up with her own family for goodness sake, could she not have some pride in her mum but also a curiosity to find out what lay beneath her unwillingness to remember her father. But I also felt myself frustrated at Gina for not telling her daughter the truth about her father. I kind of wanted to bang their heads together a little! There, see, it’s so believable I’m getting myself all het up and caught up in their lives as though they are real people!

A fabulously twisted plot line alongside some well developed and some extremely dark characters The Next Girl explores the issue of abuse and obsession. Through her characters, the author provoked internal discussion as I tried to imagine how I’d react in each character’s position. I don’t want to say anything about the dilemmas they face but my God they had my wee brain working overtime!

A perfectly executed plot mixed with a stellar cast of relatable characters peppered with a dash of delightful twists meant that The Next Girl definitely kept me reading way after my bedtime!

The Next Girl is available to purchase from: 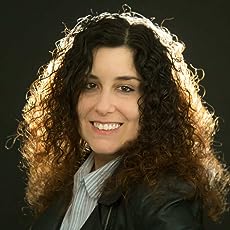 Carla Kovach is a crime and horror author from the UK. The Next Girl, Her Final Hour and Her Pretty Bones are the first three books in the DI Gina Harte series and are published by Bookouture. Her earlier works include, Whispers Beneath the Pines, To Let, Flame and Meet Me at Marmaris Castle.

Carla co-runs a video production company, writes stageplays and screenplays. She currently has a horror feature film in production which is due for release in 2019.